The intersection of language, culture, and identity 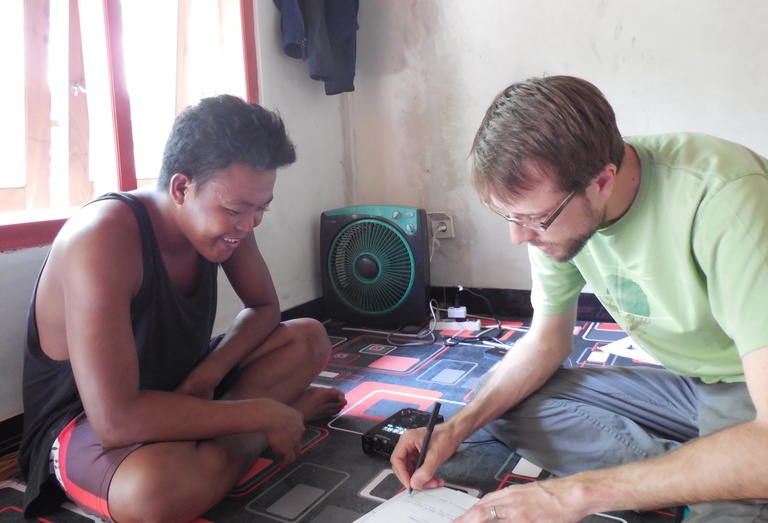 By Eli Asikin-Garmager, guest opinion for the Iowa City Press-Citizen

This past summer, I had the chance to spend two months living in a village in Indonesia to conduct research on a local language and complete requirements toward my graduate degree in linguistics. The language found on Lombok Island in Eastern Indonesia — called Sasak — is spoken by some 2.5 million people, but relatively little documentation of the language exists.

The first goal of my project was to find a way to document the language in natural use and create a written record; and second, I wanted to understand how aspects of the structure of the language work. The small rural villages that dot the north side of the island where I stayed have rich oral traditions, so early during my stay, the family I stayed with helped me make contact with a well-known local storyteller. After recording and translating a folktale into Indonesian — the national language — as well as English, an analysis of the spontaneous use of language in the story became the launching point for the remainder of my investigation of the structure of the language.

Aside from the culture the folktale transmits, why does it matter? That is, why should we care about Sasak, or any other under-documented language for that matter? Allow me to share a personal anecdote from my trip experience for why documenting and preserving under-described languages matters. 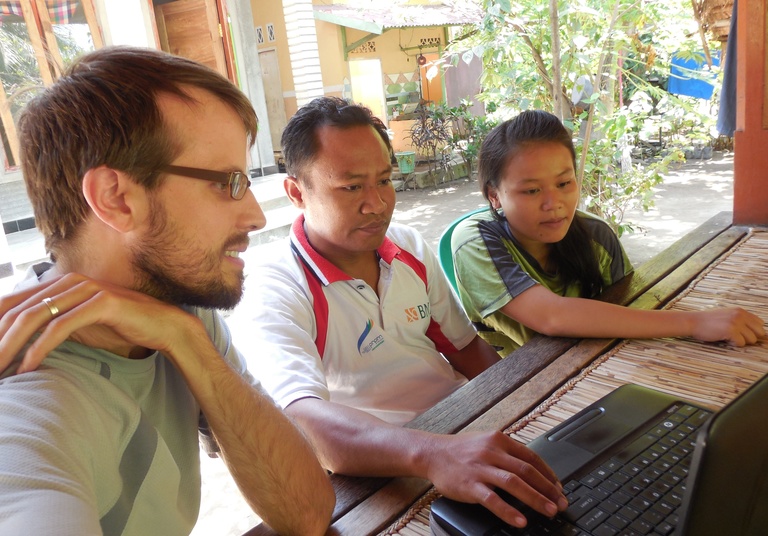 One hot afternoon, I was in the process of working on the translation of the folktale. I normally worked with the man I was staying with and various other neighbors, but this particular day, Raden's oldest daughter was interested in what we were doing. Raden invited her over to see what we were working on. Since the Northern dialect of Sasak is largely unwritten, the daughter understandably struggled a bit as she began to read through the Sasak version of the folktale, but pushed on with her father's help. A lasting memory from my trip is her father's pride that afternoon as he watched his daughter read in their local dialect, quite possibly for the first time, and his daughter's smile as she read the story that her grandmother had passed down to her son when he was young. Later, I witnessed a similar sentiment of pride and enthusiasm as others from the village and I discussed plans to publish language materials for the local elementary schools.

While I'd set out from Iowa motivated at least in part by collecting language data used to address theoretical issues in my field, I'd inadvertently tapped into something very powerful that afternoon, which is the intersection of language, culture and identity. Despite the fact the language is spoken in these communities, the act of creating a written record, however small of a start it was, reaffirmed for the daughter that day that their language, the wealth of knowledge and creativity it transmits, and her cultural identity, are important and worth maintaining.

The research trips that the Stanley-University of Iowa Support Organization funds through International Programs provide invaluable international experience to students, and in my case, fieldwork training that I could simply not have gotten here at home. Yet, 10,000 miles away back in Iowa, we also can benefit from a better understanding of the Sasak language. Documentation of a wider range of languages helps us better understand the diversity found in human language. And, since languages vary greatly, such work can expand our understanding of how we use and process language in general.

Eli Asikin-Garmager is a graduate student in the University of Iowa Department of Linguistics.