Harold Van Beek is an alumnus from Rotterdam, the Netherlands.  His family is here with him which includes his best friend and wife, Astrid, their son Laurens, who will attend the University of Iowa next year, and two dogs, Kiba and Mocha.

He received his M.A. in Arts Education which dovetailed well with his profession.  He has been a Master Jeweler since 1983 and now owns a jewelry store in North Liberty, Jewelry By Harold.  His work is largely custom designed pieces and Harold can be found working at the bench to turn these designs into reality. 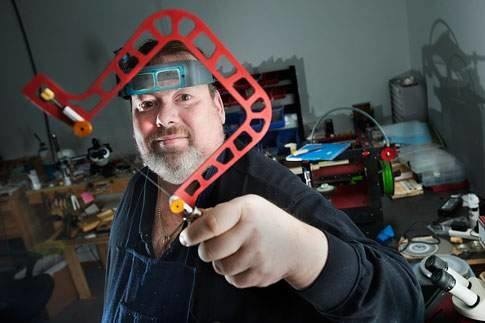 Many may not realize the technology that can be involved in jewelry making – Harold uses CADCAM design programs and a CNC machine in his design facility.  All of his work is done in-house, and may involve hand fabrication, hand engraving, stone setting, lost wax casting, and much more.  Examples of his work may be found on www.jewelrybyharold.com and www.designersgilde.com . 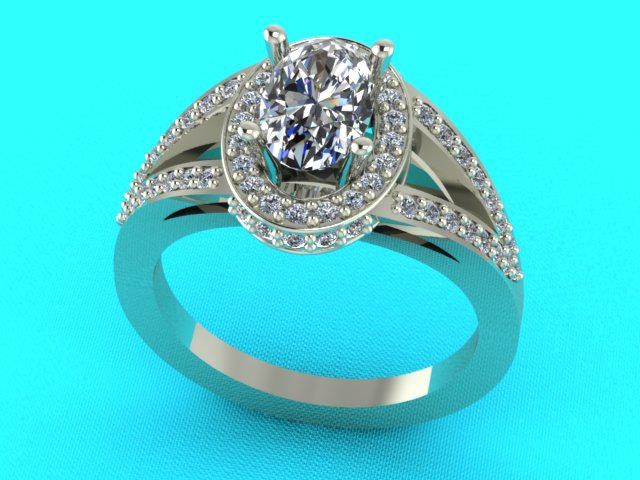 An example of Harold's work.

His connection to Iowa City extends far beyond coming here for his Master’s degree.  Since World War II, his family has had a relationship with friends in Iowa City, after whom he, his siblings, and his son are named. He first visited Iowa City in 1979 by himself to stay with the family friends to help on their farm during the summer. He returned many times to visit in the years after. This connection with their local friends, along with an increase in crime in the Netherlands – including cases where his family members and his store were victims – helped Harold make the decision to come to Iowa to pursue his advanced degree in 2005.

Some of his best memories of being a student at the University highlight the importance of community for Harold.  He enjoyed helping professors clean up or gut their homes following the flood in 2008, and developed close friendships that created a family atmosphere. He also studied about his home country and Dutch culture from a U.S. perspective.

“It did not matter if it were The Netherlands and Pella or Flemish and Dutch 17th century art. It boiled down to ‘being back without going back.’”

Dutch heritage is very important to Harold, and is exemplified in the Dutch baked treats and coffee available in his store.  One thing that caught him off guard was that many Americans do not seem interested in their own heritage.

“If you ask them about the Super Bowl III, they probably know who scored the final touchdown, made the most running yards and such. But if you ask them questions about Native American history, the Civil War or about the countries where their ancestors came from, they have no clue.”

He has even heard things such as “Amsterdam is the capitol of Denmark” or encountered the belief that “the Dutch are Vikings and speak Norwegian.”

Dutch heritage is well-represented in Iowa, as are economic connections.  This summer, the King of the Netherlands, Willem-Alexander, visited Emmetsburg to observe the opening of a biofuel plant that is jointly owned by U.S. and Dutch ventures.

“My son and I went to Emmetsburg to see him. The funny thing was that we could not meet with my king because we could not pass the security clearance being Dutch.”