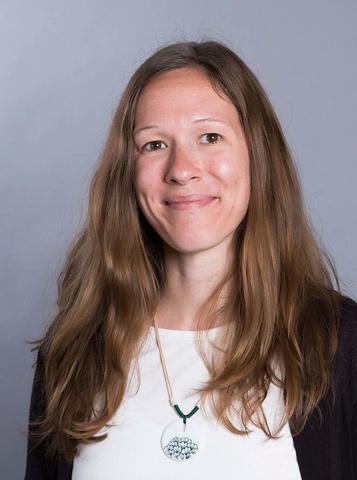 The University of Iowa is pleased to announce that Betsy Stone, a professor in chemistry and chemical and biochemical engineering, has received a Fulbright U.S. Scholar Program award to Australia for the 2022-2023 academic year from the U.S. Department of State and the Fulbright Foreign Scholarship Board.

Stone is among over 800 U.S. citizens who will conduct research and/or teach abroad for the 2022-2023 academic year through the Fulbright U.S. Scholar Program. Fulbright scholars engage in cutting-edge research and expand their professional networks, often continuing research collaborations started abroad and laying the groundwork for forging future partnerships between institutions. Fulbright alumni include 61 Nobel Prize laureates, 89 Pulitzer Prize recipients, and 40 who have served as a head of state or government.

Stone will study atmospheric pollen and pollen fragments in collaboration with researchers at the Commonwealth Scientific and Industrial Research Organisation and the University of Melbourne.

“Allergens in the atmosphere such as pollen pose public health risks,” says Stone. “Pollen fragments are believed to cause ‘thunderstorm asthma epidemics’ that have been observed worldwide and recur in Victoria, Australia, during ryegrass season. Through our research, we hope to gain a better scientific understanding of the environmental conditions that trigger pollen rupture and the properties of the pollen fragments that form. The long-term goal of this research is to build resiliency to allergic airway diseases, by mitigating environmental exposures to allergens.”

Fulbright scholars not only teach and study, but build relationships with people in their host country, and Stone is excited about the ways her research will provide an opportunity to build new partnerships and to engage with the pollen community in Australia.

“My Fulbright research will complement projects I am currently conducting on allergens in the United States and help to build a more international perspective on allergens and pollen fragments,” says Stone.

UI is consistently named a top producer of Fulbright awardees, due in part to a strong committee of International Programs staff, UI faculty, and UI Fulbright alumni who offer advice through the application process - a support network Stone has experienced from both sides.

“I have served as a member of the Faculty Fulbright committee for many years,” says Stone. “Through this committee, I learned about the Fulbright program and its values, which inspired me to participate as a Fulbright U.S. Scholar to Australia.”

This year marks the 76th anniversary of the Fulbright Program, which has given more than 400,000 participants the opportunity to study, teach, conduct research, and contribute to finding solutions to shared international concerns.

University faculty members at all stages of their careers can apply to become Fulbright Scholars or Fulbright Specialists. Grant recipients can teach, do research abroad, or a combination of both for flexible time periods ranging from two to six weeks to a semester or an entire academic year.