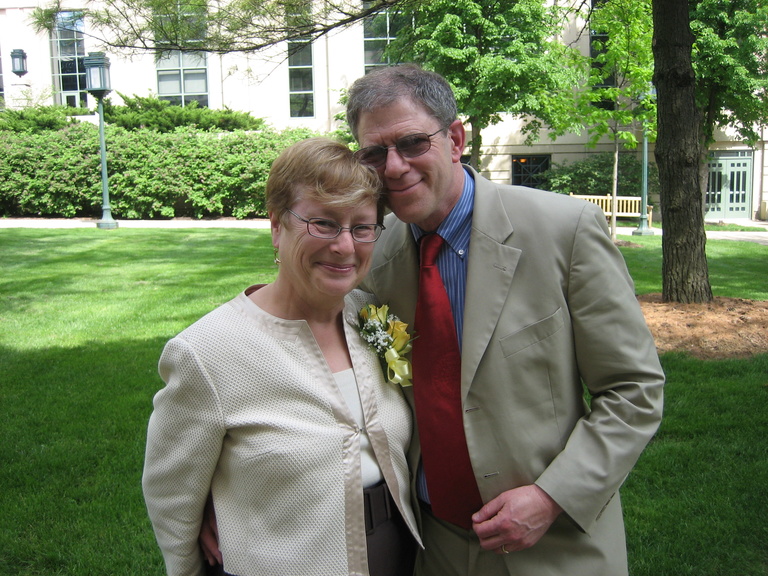 The generosity of Drs. Joel and Sandra Barkan led to the creation of a scholarship for undergraduate students to study abroad in non-Western countries. Both Sandra (PhD comparative literature ’84), formerly comparative literature professor and associate dean of the Graduate College, and her late husband, Joel, political science professor, had distinguished careers at Iowa and helped to infuse international education on campus.

Joel was the founding director of the Center for International and Comparative Studies (CICS), which he formed with his colleagues Michael McNulty and Paul Greenough. CICS was the predecessor to UI International Programs.  Joel also served as chair of the African Studies Program and the Global Studies Program, and was the founder of the Iowa City Foreign Relations Council.

Sandra, who primarily taught courses in African literatures, led the International Writing Program (IWP) through a challenging period and helped save it from closure.

In 1992 and 1993 Joel served as U.S. democracy and governance advisor for East and Southern Africa. He continued to straddle the world of social science research and academe, and the world of public policy and government, moving to Washington, D.C., upon his retirement from the University of Iowa in 2005.  In Washington he was senior consultant on governance for the World Bank, and senior associate at the Center for Strategic and International Studies. He also held several other consulting and research positions. Sandra joined Joel in Washington in 2008 and worked for the Department of State’s cultural diplomacy program, the International Visitor Leadership Program.

The Barkans’ international interests derived largely from their undergraduate experiences in Kenya and France.  In donating funds for the study abroad scholarship, they hoped to help provide similar opportunities for UI students today.  “Study abroad,” they said, “is vital for students to understand an increasingly globalized world.”

“Joel and Sandra Barkan should be considered visionaries who understood the importance of global engagement long before it became a staple at institutions of higher learning. Their wisdom and foresight have benefited countless students, faculty, and researchers, while making the University of Iowa a leader in global education,” said Russ Ganim, associate provost and dean of International Programs.