Lauren Smiley (Honors BA journalism and mass communication; Spanish ’05) is an award-winning freelance journalist (https://laurensmiley.contently.com/) based in San Francisco, California. Writing for publications such as WIRED, The Atlantic, and The New York Times, Smiley feels her study abroad experience in Guadalajara, Mexico, as an undergraduate at Iowa helped her build skills that contribute to her success writing in-depth magazine stories—namely navigating the arrival in a new community with grace and resourcefulness. We caught up with Marion, Iowa, native Smiley to learn more about her study abroad experience and how it shaped her personally and professionally. 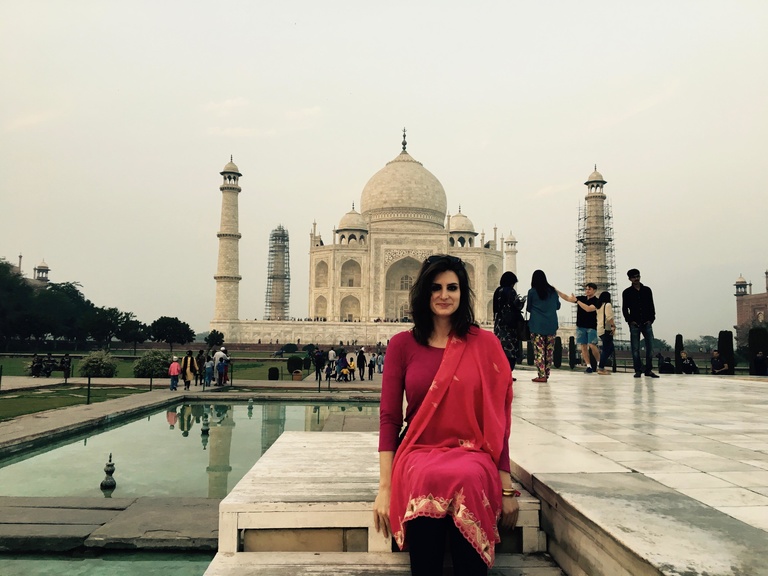 Lauren Smiley in India, where she reported a story

What lessons did you learn from your study abroad experience at Iowa?

What didn't I learn from studying abroad? As I was growing up, my family traveled to many destinations within the US and I had glommed onto an interest in the Spanish language in school. Yet studying abroad was my first major experience outside of the country; it forever altered my path and my outlook. I refer to this semester as my coming of age and it in some ways was also the freest period of my life – every Friday, I'd board a bus heading to another town in Mexico's interior with my Let's Go Mexico guidebook, ready for whatever adventure would ensue, learning the cultural, culinary, and geographic distinctions between various regions of the country. I matured so much in those months - learning how to travel, how to cope with changing plans, how to embrace the unknown - and it set me on a path to a fairly internationally focused life, whetting my appetite for more such experiences. It convinced me I needed to live abroad after college (in Argentina), and also made it easier to again live abroad in Spain at age 29, to study flamenco, a dance form I started intensively studying in my 20's. 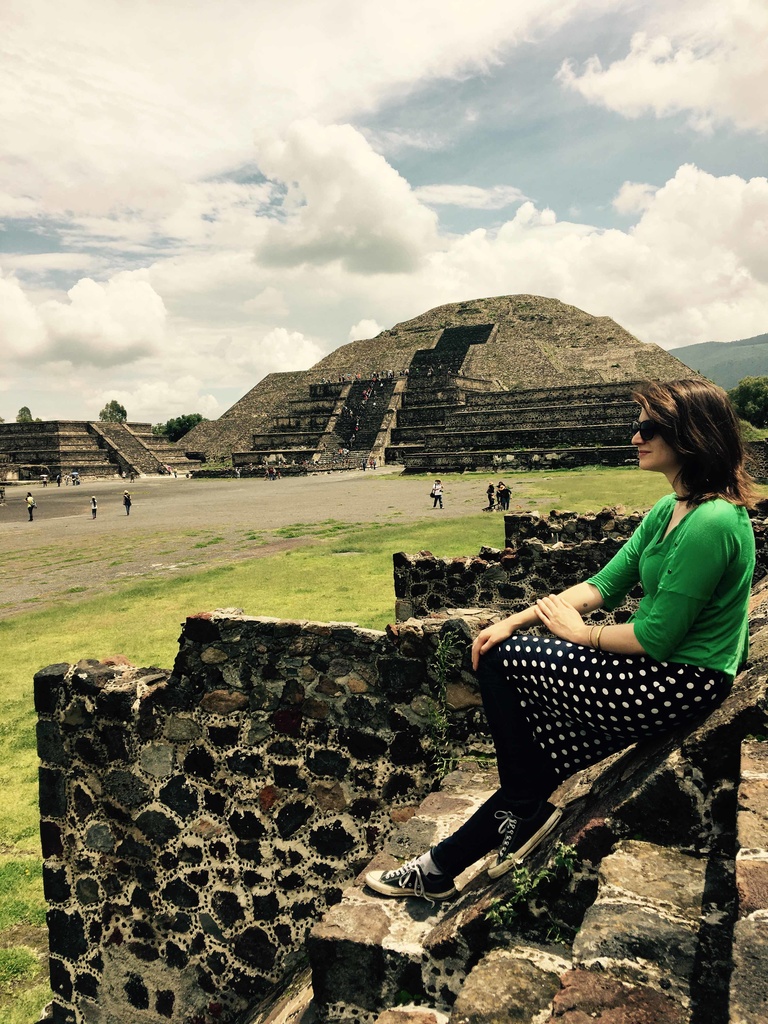 Lauren Smiley at Teotihuacan in Mexico

How did study abroad complement your major and education at the UI?

All language majors should live for at least a semester in a country that speaks their language of study. It pushes you light-years ahead in your fluency level and lends all sorts of cultural context to the language that you can't glean from any amount of academic study. I came back a much more fluid and capable speaker - and it set me up for wanting to spend even more time in Spanish-speaking countries after graduation.

Can you tell us a little about your path from graduation to your current job?

I wedded my love of Spanish with journalism – and zest for more time abroad - immediately after college by working from the Buenos Aires bureau of the Associated Press. I wanted to really be able to report in Spanish without any worries, and that year got me there. I came back to the states and got my first internship in longform journalism at an alt-weekly in San Francisco at age 24. The resourcefulness from my time abroad certainly made that first job, gathering magazine stories in a new American city, an easier feat than it otherwise would have been. That is, after Mexico and Argentina, San Francisco did not seem all that unfamiliar at all. Also, I was able to report in Spanish, giving me access to stories I otherwise could not have pursued. That internship turned into a job, which I stayed at for five years. I then went freelance, to write for regional and now national magazines like Wired and The Atlantic. 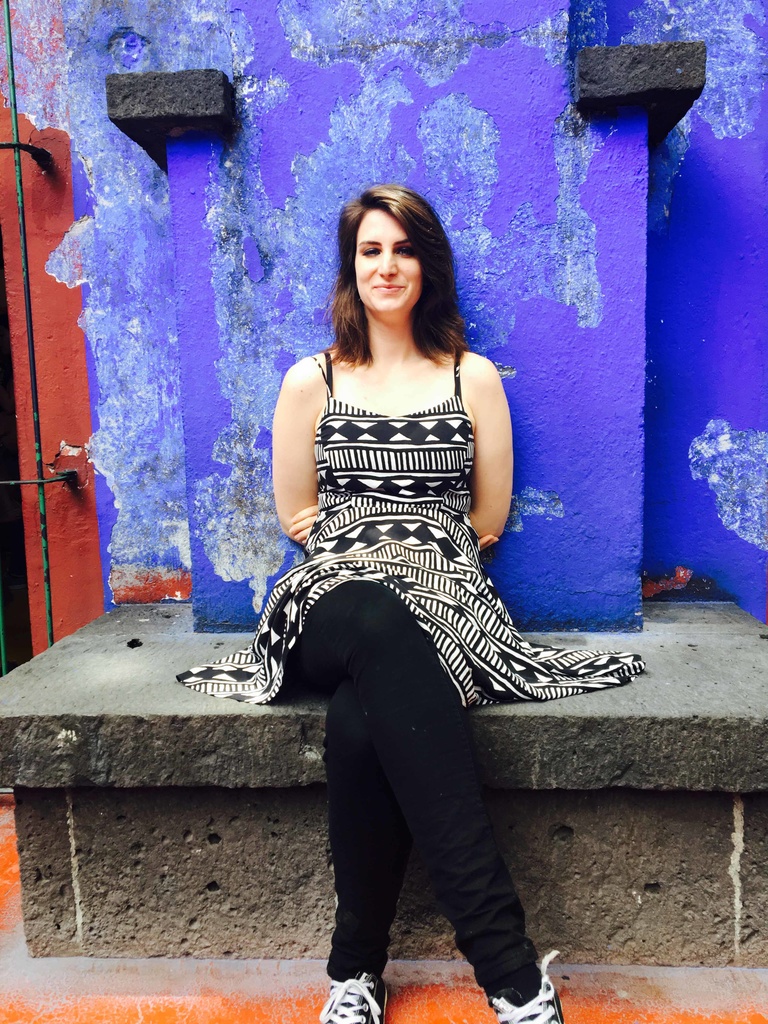 How has your international experience benefited you in your current job?

Reporting in-depth magazine stories across the country means arriving in a new community and navigating it gracefully and resourcefully. My ability to do that is rooted in skills I developed while studying abroad. My Spanish skills remain, allowing me access to stories I otherwise could not report and - personally - has widened my circle of friends in San Francisco and deepened my love of flamenco.

Do you have any advice for future students regarding study abroad?

One simple piece of advice: do it. Not just language majors, but all majors. Don't overthink the exact city; think about what place compels you and speak with a UI professor for advice. Whatever you choose is going to widen your perspective and open a window of understanding that will affect the rest of your life. Also, I remember one of my Spanish professors urged me to choose Latin America over Spain: she told me I can always take a vacation to Spain, but it's important to get some Latin American experience under my belt early on. Also, she advised that knowing Latin America is perhaps the more relevant experience to Americans given our immigration and economic ties. That was excellent advice and I'm so happy that I followed it.

Lauren's sister, Elisha, also studied abroad while a student at the University of Iowa - learn about Elisha's experience here.