2020 International Parents of the Year

International Programs is honored to present awards for International Parent of the Year to Manjit and Sharda Bahl and Luz Sarmiento and Gorky Fierro. 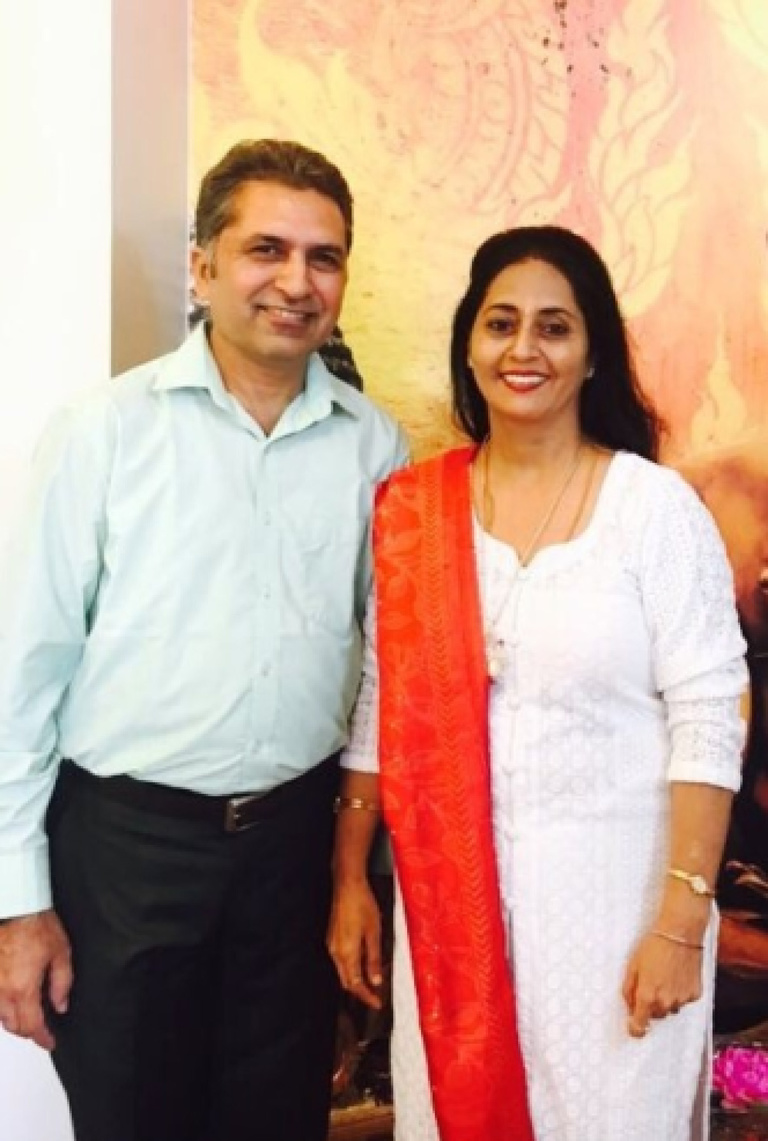 Manjit and Sharda Bahl are the parents of Dherya Bahl, a PhD candidate from Delhi, India.  Mr. and Mrs. Bahl were nominated by their daughter for this special recognition not only for their love and support but for being important role models for Dherya and her brother.

In Dherya’s words, “Even though both of my parents were born into financially diminished families, they emerged as first generation high school and undergraduate degree holders, and doctorate degree in the case of my dad.  Both of them were very progressive and strong-headed from a very young age. My mom was the first woman in her family to live outside of her home (at a student living facility during her undergraduate years) before marriage, which was a big deal in India at that time. My dad was very motivated to pursue a medical degree after high school, but due to the early passing away of my granddad due to epilepsy, he had to take up a job to support his family. That is the reason he is now pursuing a doctorate degree.”

Dherya says she and her brother were taught from a young age to think and stand up for themselves. “We were brought up with an encouraging environment at home, and were always taught to be self-reliant, which is a rarity in Indian culture, where parents tend to control children and their future. This was always the reason I and my brother both performed exceptionally well at academics as well as extracurriculars.”

Manjit Bahl began his career as a radiology technician. He pursued and received his master’s degree in radiology after both children had left home, some 20 years after completing undergraduate work.  He is now working toward his doctorate while continuing to work full-time.  Sharda Bahl works full-time as a nurse and is currently a superintendent nurse responsible for over 30 nurses working under her.

“Since both of them were employed in paramedical occupations, my interest towards medicines and science was kindled from rudimentary years,” recalls Dherya. “My curiosity as a kid, as my mom recalls, was about medicines and diseases. Even toys for me and my brother were syringes, bandages, and thermometers, all of which, as I now realize, shaped me to become a scientist and the pharmaceutics researcher that I am today.”

“From my mom I learned to be an independent woman. In a country like India, where women are very suppressed, she has always led me by example, to be self-made and head-strong. She is also the first ever full-time working woman in our family.”  Dherya continues, “From my dad I have learned to always be humble and supportive. He has treated my mom as his equal and never made her or me feel any less, just because we are women of the family. He has not only taught me to be a good and hard worker, but to be a good, unpretentious, and adaptive person. My parents' encouraging attitude was one of the reasons that I could take the step of moving abroad for further studies. They were very supportive of my decision, even when they knew that there would be no family or friends here in the U.S. who could be a guardian to me, as nobody they knew lived outside India at that time. They kept faith and confidence in me, and that was a big reason I could make it on my own for a fully funded master's at the University of Toledo, Ohio, and now for a completely funded and assistance paid PhD here at Iowa. Even today we talk every day on the phone and try to meet when we can. Their words are always supportive and affirmative.”

Dherya is proud that her parents were chosen as International Parents of the Year not only because she appreciates and credits her current and future success to her parents, but also because she believes they present an example to many parents not only in India but all over the world for the way they can inspire their children to take bold decisions in their lives. 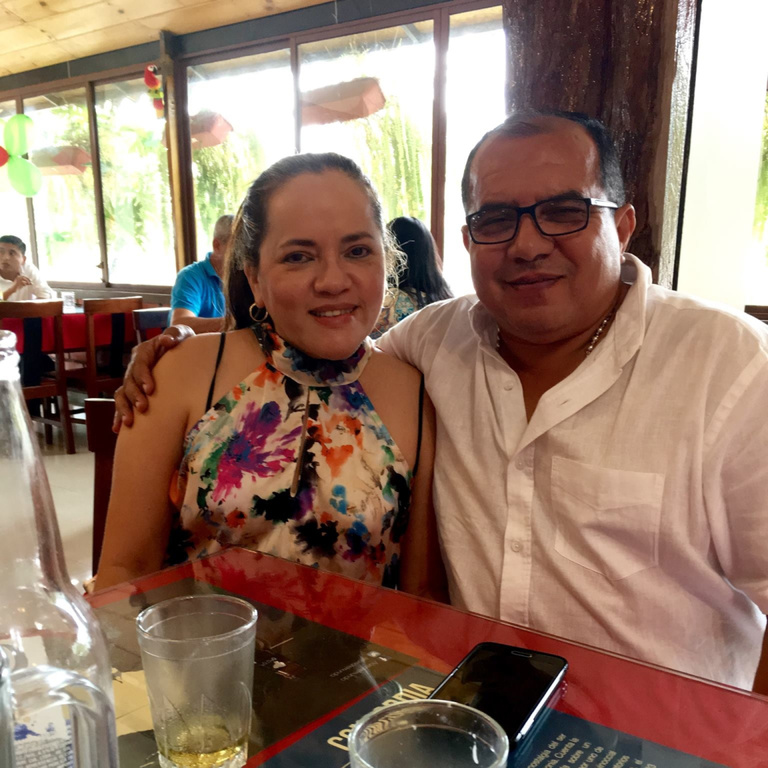 Maria Fernanda Carriel Sarmiento is a fourth year student from Ecuador majoring in neuroscience, philosophy, and pre-medicine.  Maria nominated her mother, Dr. Luz Sarmiento, and stepfather, Gorky Fierro, for the International Parent of the Year award.

Luz received her medical degree in 1991 at the Universidad Catolica Santiago de Guayaquil in Ecuador and works as a pediatrician, medical author, and teacher. She is also pursuing her PhD.  Gorky Fierro, Maria’s stepfather, is a petroleum technician and supervisor for the company EP Petroecuador. He is currently also pursuing a degree in industrial engineering.

Maria’s parents have always been an inspiration to her, but she is especially grateful for their lessons in determination and perseverance following an almost unimaginable turn of events this past fall.  In September, Luz suffered 3rd degree burns over her entire body. Her situation was grave and Maria felt the only thing she could do was to return home to support her mother and to relieve her parents of the financial burden of supporting her in her studies.

“As she is the one who mainly financially supports the family,” Maria says, “I immediately thought of heading back home. If she is not working, there is no way for me to support myself in the U.S. Additionally, my education and my future both seemed unimportant to me when thinking about my mom's condition. I was desperate to go back, as I wanted my mother to see she raised me well. A good daughter could not leave her mother alone in a situation like this. I wanted my mother to know how much I loved her and how much I was willing to sacrifice for her.”

When Luz and Gorky learned that Maria was considering withdrawing from the UI and returning to Ecuador, they encouraged her to stay and made the necessary financial arrangements. “My own father did not reach out to me once about this. At that moment, I understood just how kind my stepfather is and how much he is willing to do for those he cares for. My mother told me that if I wanted to show my love to her, all I needed to do was to show that the sacrifices she has made for me were worthwhile.”

Maria says that making her mother proud has been her driving force during this fall semester.  She also felt deeply inspired by her stepfather, who earlier in the year almost died of COVID, bounced back, and is now dealing with her mother's delicate condition.  He is managing her medical care and appointments and handles insurance matters, all while continuing to work and remain in college himself.  “I wanted to be as strong and capable as him,” Maria reflects. “Therefore, he was my role model this entire semester.”