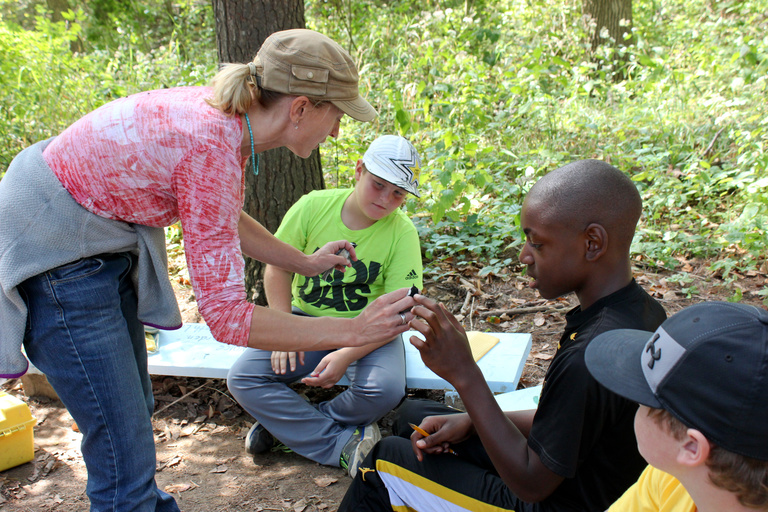 In a world circulating around technology and online activity, many middle schoolers are spending their youth indoors glued to a screen. The University of Iowa and Iowa City elementary schools wanted to see that change. The two institutions created a program where sixth graders are encouraged to awaken their environmental education on a week-long field trip program called School of the Wild.

School of the Wild, founded in 1999, is an initiative in which over 1,200 sixth-graders participate annually. Following in the footsteps of the University of Iowa wildlife camps, this program allows students to develop an understanding and appreciation for the natural world. This camp experience, hosted during fall, winter, and spring semesters, specializes in prairie studies, wetland ecology, outdoor adventure, and a woodlands hike.

“While amazing experiences can, and sometimes should, be done indoors, engaging all of your senses in the experience enhances the learning experience,” said Neal. “Too often, traditional school has ‘problems’ that are found in a textbook, where the answer is in the back of the book.  Taking them outside, allowing them to explore via their methods, including lots of failure, leads to greater enthusiasm, interest, learning, and development of life skills that will serve them in their future,” said Neal.

Neal received funding to pursue international education from the University of Iowa’s International Travel Award. The grant supports international travel for research, creative activity, and active participation from university tenured, tenure-track, clinical, or research faculty members looking to travel internationally. With awards ranging from $700 to $900, candidates are encouraged to submit applications at the end of every month.

In Brazil, Neal spread the message and values of School of the Wild. In turn, he also hopes to made new connections with others passionate about the outdoors. In the future, Neal hopes to learn from educational endeavors in other parts of the globe, utilizing new knowledge to adapt, adopt, and modify the program.

Emmy McComas, a sixth grader at Iowa City’s Robert Lucas Elementary, was a recent participant in the School of the Wild. “Well for one, it [School of the Wild] is a lot more interactive and I’d even say more fun because you’re outside learning and able to be outside of a stuffy classroom,” McComas said when describing her classroom preference.

One of McComas’ favorite memories was working with her classmates on creative outdoor tasks. “I learned what a hummingbird feels like and the importance of teamwork. We had to build a shelter with our team,” McComas said. McComas also said that through the School of the Wild, she has learned more about teamwork and working with different personalities.

For more information on the School of the Wild, you can visit: https://recserv.uiowa.edu/SOW.