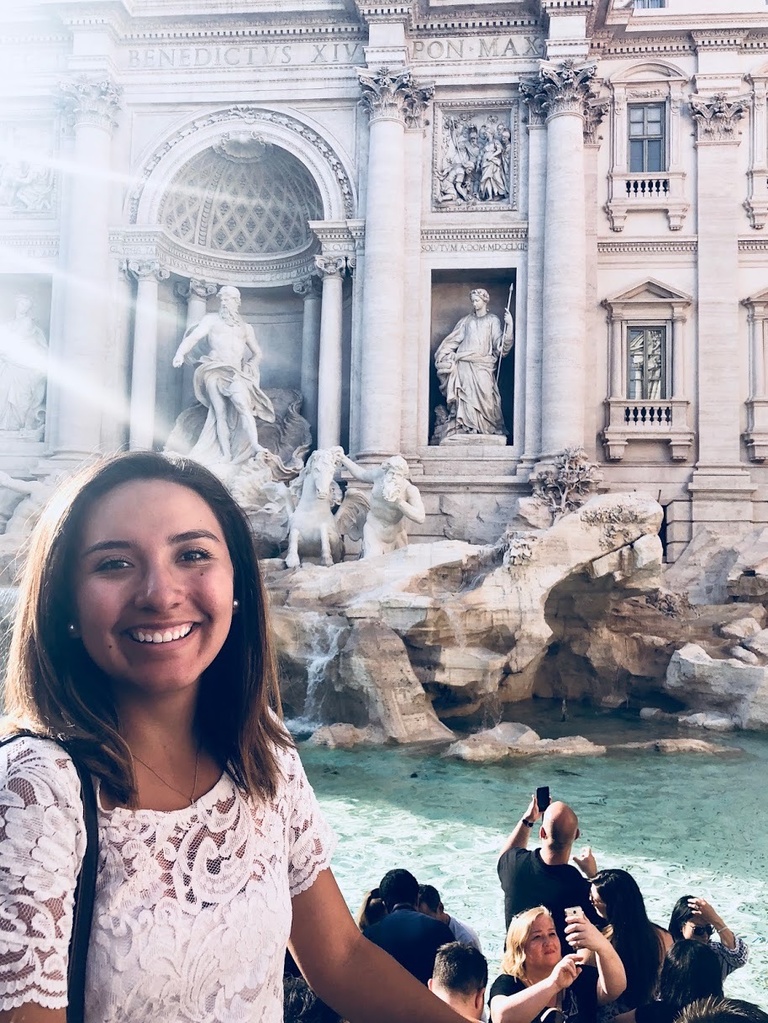 As we approach the turn of another decade, many reflect on closing chapters, and look optimistically towards new ones that may be beginning. For many students, 2020 is the end of college careers, and opening of occupational doors. With one short semester left of school, students find themselves relishing in the many accomplishments and milestones they attained during their four-year stay.

One soon-to-be University of Iowa alumna, Alexia Sanchez, finds exceptional pride in her undergraduate achievements. Born in Mexico, raised in Des Moines, Iowa, Sanchez followed in her sister’s footsteps choosing to attend the University of Iowa to earn her bachelor of arts degree, double-majoring in political science and social justice with a minor in philosophy. With encouragement from their immigrant parents, the Sanchez sisters became first-generation college students.

“There’s a lot of validity in being real with the experience. While it’s been hard, it’s also been very rewarding being one of the first in your family to attend college,” Sanchez said. In the winter of 2019, Sanchez was awarded a First-Generation Student Award by the UI First-Generation Task Force to commend her unwavering academic success and overall advocacy towards her first-generation identity. Aside from the award, Sanchez has continued to change the culture and stigma around first-generation students at Iowa. “The award that I received was super humbling but like I said in my speech, it’s not just me, it’s a whole community getting this award,” Sanchez said.

Sanchez was determined to study abroad over the course of her college career. In the summer of 2019 her dream abruptly became a reality. “After my initial meetings and consultations with Study Abroad, I realized there’s a lot of support and help,” Sanchez said. With help from Iowa’s International Programs office and the abiding support from her family, Sanchez studied for eight weeks in Verona, Italy, through the University Studies Abroad Consortium (USAC). Sanchez said the highlight of her Italy trip was volunteering at a local children’s center helping kindergartners practice their English.

Returning to Iowa the following fall to kick-off her senior year, Sanchez thought she had checked off all the study abroad boxes. Little did she know another opportunity was on the horizon. Scrolling through social media and semi-job hunting, Sanchez ran across an application for a Global Women Leader Forum held in Iceland. The three-day program invites 450 women from around the world, combining political figures and leaders from a variety of industries, and offers opportunities to network and share ideas about how to advance society. Sanchez found herself at a crossroad. On the one hand, the Forum was a great opportunity for her desired occupational path. On the other hand, the idea seemed far-fetched financially and academically, given that the event took place during midterms. After weeks of going back and forth with friends, family, and faculty, Sanchez decided to apply.

To her surprise, she was selected as the United States student representative for the program, making her one of the youngest representatives at the summit. Before she could pack her bags, Sanchez had to find innovative ways to cover costs for the trip. “It was not easy to make it work, but I was very determined and had my family’s support,” Sanchez said. Lacking discouragement and thriving off her persistence, Sanchez searched for financial aid in every corner of the university. Eventually, Sanchez received funding from the Center for Student Involvement and Leadership and the Department of Political Science, allowing her to accept the nomination.

“Every person you meet studying abroad is a story within itself. A new culture or identity you’re immersing yourself in,” Sanchez said when describing both the Italy and Iceland experiences. Sanchez accredits much of her success abroad to remaining open-minded and adventurous. Sanchez also found that asking questions and seeking support lessens the burden of fitting studying abroad into a student’s four-year plan. “We tend to live in our own little bubble which makes it easy to forget there’s a whole world outside of ourselves. Leaving the country, or even the state is a really good reality check,” Sanchez said.

With one semester left at Iowa, Sanchez has managed to squeeze in one final study abroad trip to the Dominican Republic for two weeks at the start of 2020. The new program titled Migration and Social Entrepreneurship prepares students to understand and address the complex issues associated with working with micro-enterprises, healthcare systems, cross-cultural issues, and marginalized and at-risk groups. Sanchez hopes to use the knowledge she gained at Iowa, in Italy, and in Iceland to help navigate her next study abroad adventure. “College is a really great time to explore and try new adventures, studying abroad can be one of them too,” Sanchez said.