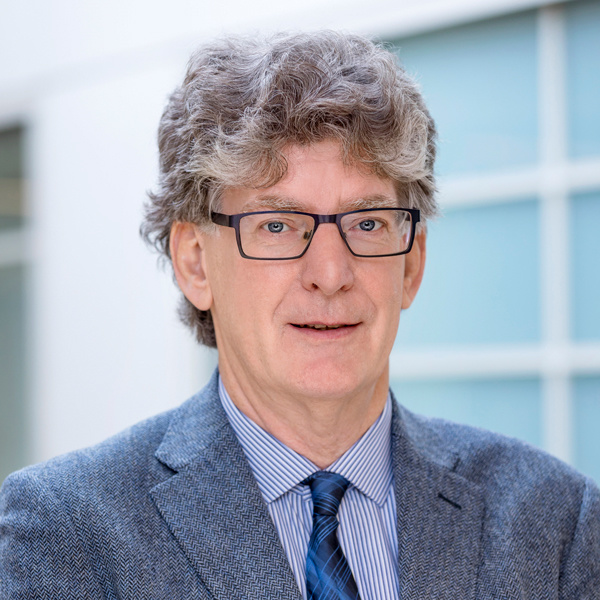 Hans de Wit is the sixth speaker in the Commitment to Internationalization lecture series. His talk, "Internationalization of Higher Education for Society, Moving Back from Competition to Co-operation," will be on November 7, 2019, from 5:00 - 6:00 p.m. in room 1117 of the University Capitol Centre. This lecture continues the conversation about the UI's vision and strategic themes for campus internationalization.

In what ways have international dimensions of higher education become driven by economic rationales? What problems or challenges does this introduce?

Also more generally the shift from cooperation to competition is manifest in higher education: competition for talents, for funding, for top positions in the rankings, for access to top journals, for patents. This competitive environment is driven by economic rationales by governments, institutions, and even parents and students. In itself that more competitive emphasis in international higher education is not negative, but when it comes at the cost of overall quality of higher education, inclusion and diversity, it increases elitism: an increasing divide between a small group of world-class universities and a very large group of others with less means to provide quality research and education; a divide between some leading countries and a larger group of developing countries that do not have the means to be competitive; and between a small group of top talented students and scholars, compared to a massive group of those who do not benefit from quality education.

What have been the driving factors behind higher education becoming a more global enterprise?

Higher education worldwide is driven, to a certain extent, by two conflicting trends:  massification and the knowledge economy. Massification increases the demand of access to higher education from countries with insufficient supply, resulting in an increase of students studying in another country, currently over 5 million, twice the number of ten years ago, and in an increase in cross-border delivery, such as branch campuses and franchise operations. The knowledge economy pushes higher education into a more international direction, as it asks for world-class universities which can operate on a global scale to compete for top talents and for top research. Excellence initiatives by governments are stimulating this development to stay competitive in the global knowledge economy.

In what ways does internationalization shape higher education?

Which factors are the most important in the creation and success of an internationalized campus?

An internationalized campus has to shift the focus on mobility for a small group of students and staff (recruiting international students, stimulating study abroad, developing cross-border initiatives) towards global learning for all students, in which the mobility actions – in themselves valuable aspects of internationalization but too much isolated and fragmented – will be integrated into a strategy in which the focus is on how the institution can create an environment in which all students and staff have access to global learning initiatives, at home in the local community and abroad, develop international and intercultural learning outcomes, and are assessed on them, such that they have all basic global competencies that help them in their future and current careers.

What motivated you to focus your research/career on international education?

I am an example of a scholar-practitioner. My academic interests as a student in social anthropology and sociology were focused on Latin America and I did my study abroad field experience in Peru during my master study at the University of Amsterdam in the Netherlands. After a short period of assistant professorship in Latin American Studies I was asked at the end of the 1970s to become director of international affairs at Tilburg University, an institution with a strong policy of capacity building towards Latin America. I broadened the scope of its international cooperation towards other parts of the world: Europe, North America, Japan. I was asked in 1985 by my alma mater, the University of Amsterdam to do so there as well, and that received a big push by the introduction  of the European programs, Erasmus in particular, around the same time. It stimulated me to found in 1989 together with a group of colleagues the European Association for International Education (EAIE), a sister organization of NAFSA. My work also stimulated me to start doing research on internationalization in higher education: the why, what and how, as well as the similarities and differences in and between Europe, North America, and in other parts of the world. I worked with my colleague Jane Knight in Canada for the OECD on developing the concept of internationalization, wrote several books and articles, and founded the Journal of Studies in International Education, which I edited for 17 years and is now one of the top journals in education. I completed a PhD on a comparative analysis of internationalization in Europe and the US in 2002. After having worked as a senior administrator for many years, the period 1995-2004 as vice president international of the University of Amsterdam, I have concentrated more on my academic work, as professor at the Amsterdam University of Applied Sciences, founding director of the Center for Higher Education Internationalization at the Catholic University of the Sacred Heart in Milan, Italy, and as of 2015 as director of the Center for International Higher Education at Boston College.