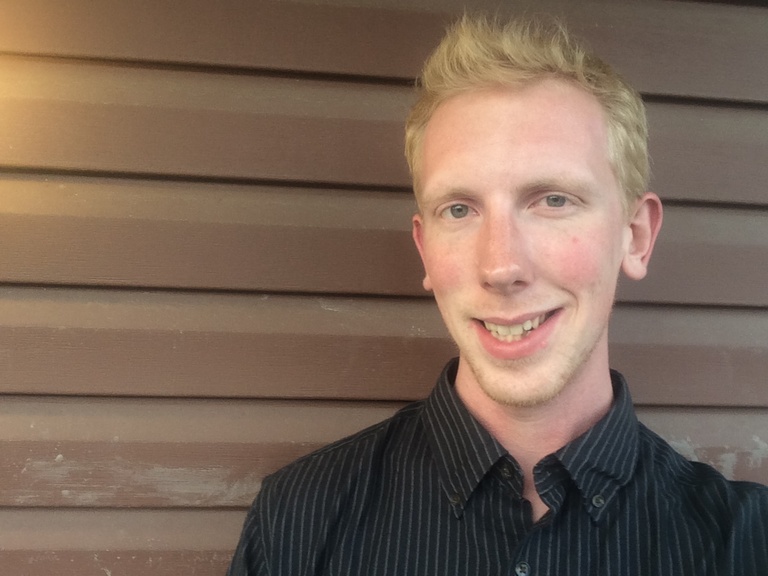 Name:  Martin Wolgen
Hometown:  Alton, Iowa
Type of Fulbright award:  Fulbright Study/Research Graduate Study Award: Vrije Universiteit Amsterdam
Degree and Field of Study:  BA history, minors in religious studies and anthropology
Research: I am going to study the development of the Dutch Reform movement through the course of the twentieth-century into the present.  A significant part of my research will focus on the Dutch "Bible Belt," a region where the Reformed Church is still relatively strong in contrast to the secular nature of the Netherlands as a whole.
What drew you to this field of study?
I was raised in a predominantly Dutch-American community; that, along with the fact that my paternal grandparents came from the Netherlands, made me very interested in Dutch history at a young age.  The Reformed Church is also very influential in my hometown, and I have noticed that many people see their Reformed faith as an integral part of their Dutch identity.  I became interested in how religion and national/ethnic identity are related, and I saw an opportunity to tie that in with my interest in Dutch history in general when I learned about the Dutch Bible Belt.
How do you envision this will change your life?
This scholarship gives me a fantastic opportunity to pursue my research interests and a future career in academia.
What advice do you have for future students interested in pursuing a Fulbright award?
My best advice would be to draft early and draft often. Save yourself a huge headache by taking initiative. Make sure you give yourself time to show what you have written to the advisors and contact faculty members who could write letters of reference for you early in the application process so they have time to meet with you and discuss your plans.
Are there any individuals you'd like to personally to thank for their investment in this process?
I would definitely like to thank Karen Wachsmuth. She was very patient with me and helped me through every step of my application process.  Applying to the Fulbright program is a big project with many steps, and I could not have navigated them all without her guidance.  She helped me push beyond what I thought was "good enough" to make my application great.
I would like to thank Professor Michael Zmolek, he nominated me for the Fulbright in the first place.  Without that, I might not have even applied!  Having someone believe in me and nominate me for such a prestigious award gave me the confidence and the drive to push forward.  He also supplied me with a letter of reference.
I would like to thank Professors Jordan Smith and Elke Heckner for writing letters of reference for me as well.  All three of these professors helped me through the classes they taught as well.  My class with Professor Zmolek increased my interest in twentieth-century history and the development of modern society, and it helped me develop my skills as a historical researcher.  Professor Smith taught me a lot about religion and its influence throughout many parts of culture and society; taking a class with him as a freshman made me decide to take up a minor in religious studies, which put me on the path to working towards my MA in that field.  Professor Heckner helped me develop my language-learning skills (I took German with her, which has greatly helped me in my attempt to learn Dutch) and gave me a greater appreciation for the value of being a "world citizen" with the ability to communicate with people across linguistic barriers.
Finally, I would like to thank Professor Michael Moore.  He served as a Fulbright adviser and helped me edit my application statements.  His advice helped me smooth out errors and make better writing choices that resulted in a much stronger application.