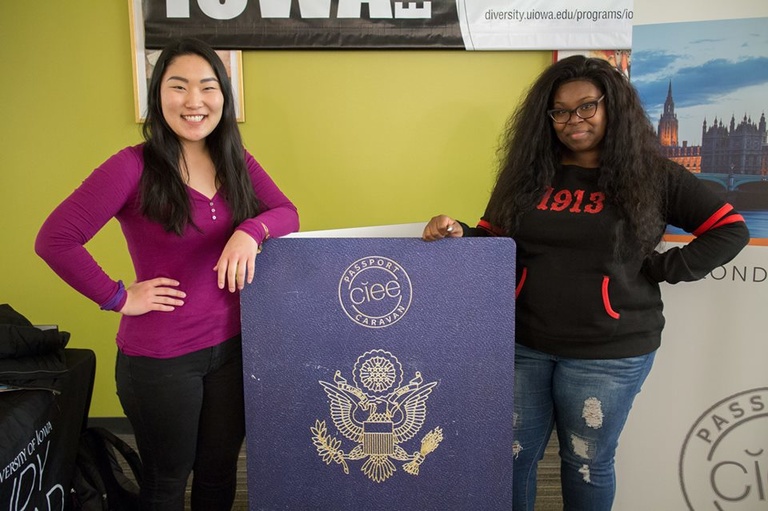 Last month, as part of an effort to make study abroad more accessible to U.S. students, the University of Iowa provided 120 UI students with free passports, thanks to Passport Caravan, a program facilitated by the Council on International Educational Exchange (CIEE).

At the February 15th event, UI students were able to have their first-time U.S. passport applications (a $135 value) paid for by CIEE and UI Study Abroad in International Programs. The event had five passport agents collecting documents, two CIEE staff writing checks to cover the application costs, and Study Abroad staff available to discuss summer and fall programming options. Students were required to register in advance and have their application documents pre-checked by Study Abroad staff to prepare for the event. 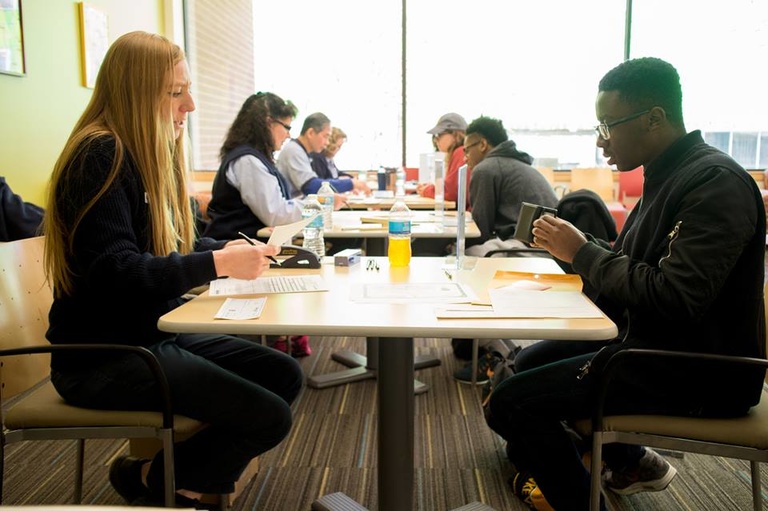 Given that registration was limited, Study Abroad staff collaborated closely with the UI’s Center for Diversity and Enrichment (CDE) in order to have a greater impact on opening up opportunities to minority students often underrepresented in study abroad.

“Getting a passport is one of the first hurdles students encounter when considering a semester abroad,” said UI Study Abroad Participant Services Coordinator Fran Boyken. “The passport process can be time consuming and feel like an inconvenient expense, especially from the perspective of a college student.”

Over the last year and a half, CIEE has been hosting the Passport Caravan on campuses across the nation. 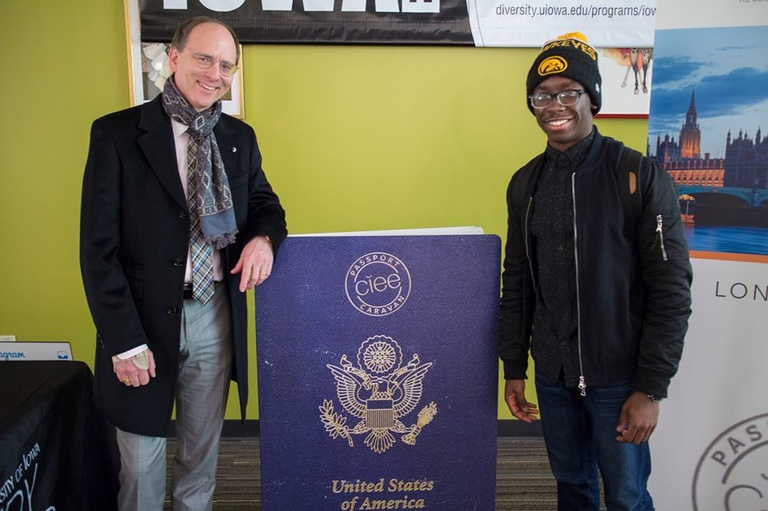 “This is my fourth event with Passport Caravan,” said CIEE Institutional Relations Manager Rachel Daroca. “The most thrilling part for me is seeing so many first-time passport participants.”

CIEE plans to sponsor passports for 10,000 students around the country as part of its participation in the national Generation Study Abroad initiative, hoping to double the number of U.S. students studying abroad by 2020 by breaking down barriers such as cost, curriculum, and culture.

Riley Arnold, a junior double majoring in ethics and public policy and English, was one of the students who received a free passport. “I was really excited to hear about this opportunity. I was adopted from South Korea and I’ve never been. Getting a passport puts me one step closer to my trip [to Seoul] this summer as part of the Ewha Women’s University Exchange.”