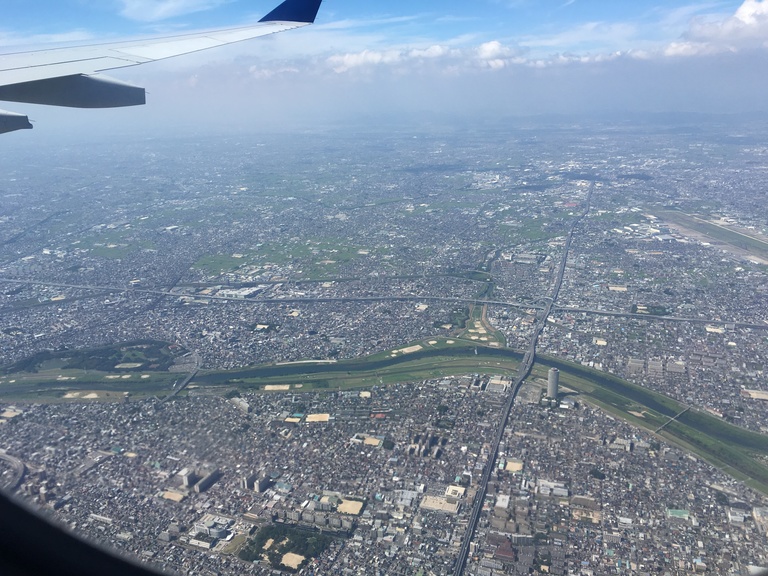 Travel anxiety is not a recent development of mine. Of course, I call it “travel anxiety” because I don’t know what else to call it, and it’s difficult to pin with words. Actually, most all of my endeavors overseas begin with tears. It’s like a mixture of flying anxiety, the idea that because I must fly to get to my destination, I’m required to fly back, being so far away from home, and for so long, and in some sense it will be like starting all over—new campus, new instructors, new “what it means to be a college student” culture, etc., and that somehow all this time I subconsciously thought it was a dream, but here it is, actually happening. Not to mention other contributing factors, such as packing. When it comes to that, The Fleming’s are pros. But I’d never packed for 4 months before, so it’s safe to say that it was challenging. And in my case, I arrived in Nagoya at the tail-end of the hottest month of the year, but I’m leaving at the nose of the coldest month. That means packing for two kinds of weather, and that’s tougher than it sounds.

It’s kind of a back-and-forth feeling, isn’t it? Before leaving, at some points I’d have a thrill of excitement. I’m going to live in Japan! In other instances, I’d become overwhelmed. What am I doing? What have I done?

It’s been a few years since the last time I traveled to Japan, so I’ve been on that long flight before. It makes every flight after it feel like nothing. Even so, I’ve managed to forget that brief moment of insanity that occurs in the middle of a flight that long. A time when you feel like you’re the only one awake on the entire plane—the only one who understands—every which way you look, people are in cramped, ridiculous sleeping positions; you’ve run out of things to do because you already tried sleep and it didn’t work, and you begin to ask yourself: “When will it end? When?”

Despite being an anxious traveler, I have ways to cope up my sleeve in case things start feeling…weird. Take this 13 hour flight thing for example—that’s a considerably long time to be in a sardine can! So, for starters, since there’s no way I can sleep on a plane, I pull an all-nighter the night before. I can’t say it’s the best method, but it’s what I’ve got. I watch my favorite movies, paint my nails, take a shower at 2 AM…the idea is to stay preoccupied. For the flying part, I do my research beforehand. What’s scary is the uncertainty. Plane engines are actually quite simple. Flying is the safest mode of transportation—car accidents and death by falling out of bed is more likely (don’t ask me why that’s comforting). Turbulence is simply the change of low to high air pressure. Drag. Lift. Gravity. If you took a step back and looked at it, the likelihood of anything going wrong is incredibly slim. Ah, that’s better. 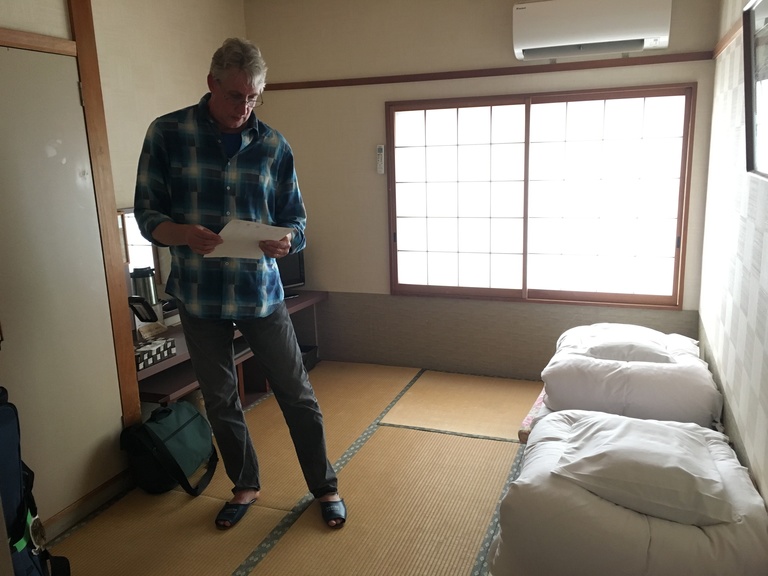 Surprise—my dad traveled with me to Nagoya. We stayed in a hostel called the Ryokan Meiryu before I met up with my host family.

Soon after arriving in Japan, I was incredibly comforted with how welcoming everyone was. One thing many don’t know about Japan is how kind and understanding the people are. In a tie-dye museum in Arimatsu, an old town in the heart of Nagoya, I met two elderly women who sat in the exhibition, stitching cloth before it was to be dyed. In Japanese, they asked me to sit and watch them. I did, and they proceeded to ask me about myself. Once I told them I was going to be studying at university, and of course having noticed my dad accompanying me, they told me not to be sad when I would say goodbye to him, and that I’d make a lot of friends at school.

The immediacy in the gesture and the reminder that I was on an extraordinary adventure was enough for me to know, for sure, that everything would be all right.

You could say that I’m so incapable of traveling by myself that I forced my dad into this, but he also wanted to come. You could also say it’s the opposite of what one should do—that is, it’s not recommended to arrive with a parent or relative to help you “settle in,” and perhaps you’re right. You have to say goodbye eventually. You have to watch them walking away from you someday. But if you ask me, as long as you are comforted by the fact that they will be walking toward you again soon—in the blink of an eye—it doesn’t matter whether you say goodbye to them at the airport or at the front steps of your temporary home. The time leading up to everything and the adapting is not easy. It is undoubtedly the roughest part.

I already knew it, but I had to get here to become able say with confidence: all will be well. 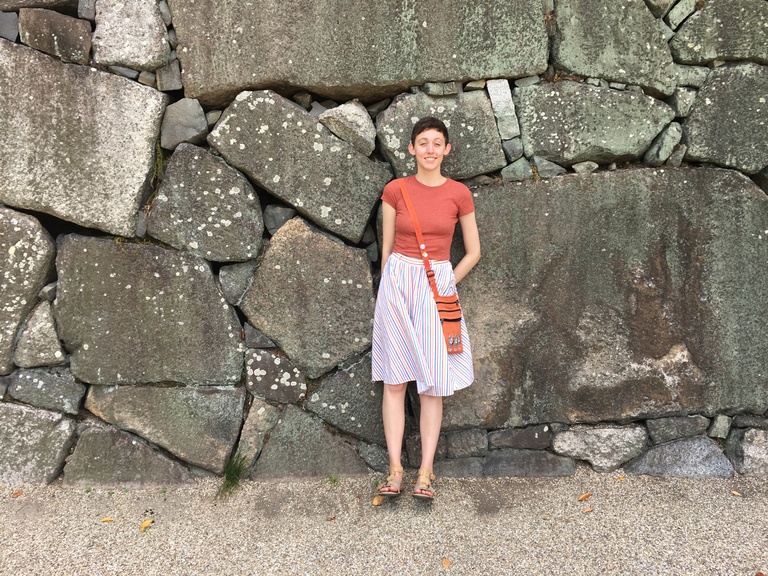