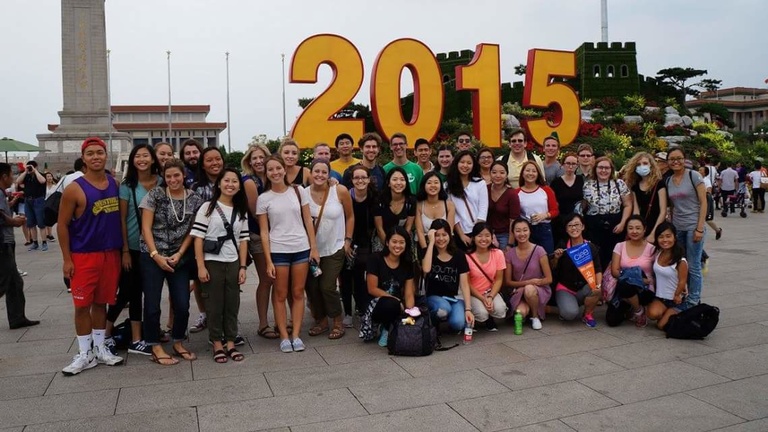 Back in Iowa City after half a year in Beijing, I am struggling with re-adjustment. The process goes like this: watch four Star Wars movies on the flight back, half-heartedly suggest family Easter dinner at the Beijing Buffet on the Coralville strip, get car towed because a certain private parking lot has strengthened enforcement protocols, swerve at the sight of newly sprouted condominiums three houses down from my home, scroll through photo albums of China adventures, obsessively check friends’ WeChat updates, try to retrieve the part of me that is still sleeping and waking in Beijing time. Perhaps retrieval will come by way of writing and reflecting.

This is my tenth blog post with International Accents. Parsing through my previous musings, I noticed that each one sought to bite off way more than it could chew. How can one student’s experience say anything of importance about the geostrategic importance of learning Mandarin, or the soul of Chinese literature, or China’s urban-rural gap? I felt like a fraud, a “voluntourist” who manufactured meaning in service of a story I wanted to tell others. I don’t want my study abroad story to morph into the myth of the weeklong mission trip, featuring a worldview-changing experience enshrined forever in personal statements. Instead, I want to deconstruct the myth and share my stories about the impact of study abroad beyond the clichés.

I thought studying and interning abroad would clarify my career path. In fact, the opportunity to connect with advisors and network with professionals – many of whom found Beijing on unique journeys - opened up more paths. Working at the securities and capital markets division of B&D law firm for the last two months was especially instructive. Once during a meeting with our client and potential investors, the investors asked my supervisor to clarify whether an action was legal or illegal under Chinese law. My boss kept dancing around the question and finally conceded that the action wasn’t technically illegal but could still cause trouble with the authorities. The confused investors saw the law as black and white, but in China, it is as gray as the sky. Similarly, I found myself comfortable without the clarity of a perfect job; working in Beijing prepared me to be comfortable in the messier grays of a wide spectrum of career paths.

I thought that I would become more proud of my Chinese heritage after studying abroad in China. Though I certainly gained a deeper understanding of what it means to be Chinese, I returned even prouder to be American. In many of my classes, I was the only American student. The same was true in many friend groups and social settings, so I was constantly introducing myself as American and subsequently defending the country that somehow allowed Donald Trump’s rise. Professor Calvert Jones at the University of Maryland poses that study abroad encourages “enlightened nationalism” – defined as pride in a sharper sense of national difference but tempered by tolerance.[i] By surveying students before and after study abroad experiences, Jones found that study abroad, contrary to conventional assumptions, actually intensifies nationalism instead of promoting feelings of international community.

However, study abroad also mitigates threat perceptions and encourages expectations of peaceful cooperation, hence the “enlightened” descriptor. The survey question to test the threat perception variable is especially relevant in terms of the U.S.-China relationship. Jones asked students to “rate how threatening they would consider their study abroad host country if it were to surpass the United States in terms of material power, such as economic growth or military expansion.” Thus, educational exchanges between the U.S. and China could cultivate the enlightened nationalism that prevents a great power war. 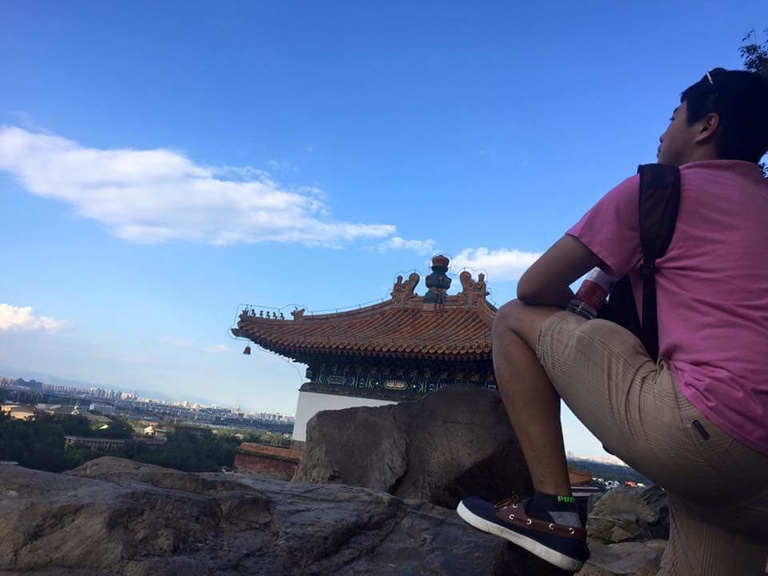 Surveying Beijing from a distance

I thought that I would completely immerse myself in studying Mandarin. In truth, it is very difficult for international exchange students to integrate into a foreign university. For instance, I had planned to join many student organizations, but I ended up not joining any. I was mentally exhausted after classes and needed time to recuperate and then prepare for the next class. Constantly translating and interpreting back and forth takes its toll, and I found it easy and often necessary to shoot the breeze in English with other Americans and international students. Still, I was wary of isolating myself too much, like many foreigners in Beijing who live in their own bubble without ever interacting with Chinese locals. Two things really helped. One was just the simple act of asking for help. The CIEE staff were indispensable. Ms. Yan answered my questions faster than Baidu (the Google of China). The second was teaching English grammar to elementary school kids. Though it was deeply humbling and embarrassing to have my Mandarin corrected by kids, they truly embraced me as a teacher. It was a beautiful corrective that in a city defined by transit and transience – with a daily subway ridership of over 10 million and an endless stream of foreigners arriving only to leave a couple months later – the kids invested in people no matter how long that investment was expected to last.

This idea that study abroad is a singular, life-changing experience is neither the whole truth nor nothing but the truth. Still, it does contain some truth. Maybe the better framing is one of study abroad as a lens to view every experience as potentially life-changing and filled with meaning. Study abroad brings students in contact with the world’s grays, like the space in between utopian cosmopolitanism and blind nationalism. It posits that the international student who sits by you in lecture contains worlds. It demonstrates how learning a language is a potent reminder of the continuous, wonderfully humbling, and worthwhile experience of learning itself. It ponders what if we approach college and life as if we are constantly studying abroad, constantly in wonder, constantly investing in relationships regardless of their payback period, and constantly trying to place people and events in the larger context of place. Then study abroad isn’t actually a singular life-changing experience, it’s just a constant way of life. A life where meaning is not manufactured yet always being discovered.

*​Jeffrey Ding is a senior from Iowa City, Iowa, studying political science, economics, and Asian languages and literatures at the University of Iowa. He spent last fall in Beijing, China, on the CIEE Advanced Chinese Studies program and continued to live there this semester as he pursued an internship funded by a Boren Scholarship.