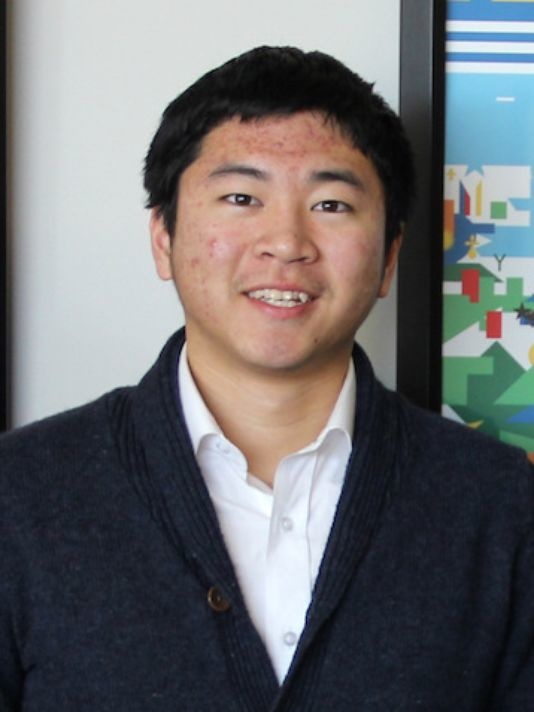 When teachers, mentors and professors describe Jeffrey Ding, there's not just one thing that stands out.

On Sunday, the West High graduate and University of Iowa senior was announced as one of 32 American winners of the 2016 Rhodes scholarship, out of 869 applicants. He's also a former U.S. State Department intern, UI student government vice president, national high school debate champion and triple major in economics, political science and Chinese — and he's also getting a certificate in international business.

"He's just one of these shining stars that really deserves the credit for the hard work he's put in," said Jennifer Blair, UI's assistant director of global community engagement and an academic adviser for Ding.

The Rhodes scholarship will provide Ding with $50,000 per year for two or three years to be used toward graduate school at the University of Oxford, where he plans on earning a master's degree in international relations. He is the first UI student to be named a Rhodes scholar since Renugan Raidoo in 2011. UI has produced 19 Rhodes scholars since 1905.

U.S.-China relations, especially regarding environmental issues, are of interest to Ding and he is currently spending a year abroad in Beijing studying at Peking University's School of Economics.

"One topic of interest I have been mulling lately is how to "humanize" international institutions by 1) accounting for social interactions that occur between diplomats through these vehicles, 2) building in checks for individuals and nations pursuing their self-interest, 3) understanding more deeply the role of emotion/cultural implications surrounding that. Learning more about international governance and institutions will definitely ground my future aims to build a more sustainable U.S.-China partnership," Ding wrote in an email to the Press-Citizen.

His interest in politics in international affairs goes back to his time with former West High debate coach and teacher Melanie Johnson, who Ding credits with sparking his interest in those topics. Johnson knew Ding while he was in middle school and coached him for four years in high school.

"I could tell already when he was a freshman that he had an awful lot of potential and he was the kind of kid to keep around," she said. And that was before he won state debate championships for three consecutive years and two national championships his senior year.

Those debates focused on domestic and foreign policy, with topics such as renewable energy, military intervention, transportation and infrastructure and space policy, Johnson said.

"It’s through debate that I would say he got interested in these economic and political issues," she said.

In the past, Ding has been awarded the prestigious Truman, Udall and Boren scholarships, which support students committed to public service, environmental advocacy and studying a critical language, he said. And it's the relationships that he will be able to build with his fellow scholars that Ding is most excited about.

"I've found the communities that come with these scholarship opportunities to be the most valuable, and I'm excited to engage with the Rhodes community as well," Ding wrote.

Those who know Ding say his interests, both academic and social, will allow him to succeed at Oxford.

"In terms of his interests, they’re a great fit for Oxford. They’re the best people in the universe for doing what he wants to do," said Kelly Thornburg, UI's director of scholar development for the honors program. Thornburg has helped prepare Ding to apply for many of the scholarships he has received and said those experiences helped make him a strong candidate for the Rhodes.

But Ding's academic success is not his only asset. Mentors and professors like Ron McMullen described Ding as a good listener and praised his interest in cultivating personal relationships.

"Not only is he a brilliant student, I noticed that he helped other students in class that were struggling, that he was really tolerant of other views," said McMullen, a UI professor and former U.S. ambassador to Eritrea who has taught Ding in three political science and diplomacy classes.

Blair said that attitude is evident in Ding's work to build connections between domestic and international students at UI, and to push for the creation of a new category of classes called Diversity, Inclusion and Social Justice.

"Every student should graduate from the University of Iowa having some sort of meaningful experience that exposes them to another culture," Blair said of the theory behind the requirement, which has not been put into effect.

Those who know Ding agree that he could be successful at anything he wants to do, but Thornburg said it's important not to portray him as larger than life just for winning the Rhodes, which some people might be inclined to do. He's still just a student and a friendly guy, she pointed out.

"He’s young still and he’s still figuring out what he wants to do, even if he does have a strong sense of what he’s interested in," she said.

Ding also seems open to the possibility that his interests will change over the course of his studies.

"At the moment, I am hooked on the idea of working on international treaties, and the best place to do that seems to be the State Department's Office of the Legal Adviser, but I'm sure I'll change my mind seven or seventy times during my time at Oxford," he wrote.