Laura Willis is a 2013 graduate from the University of Iowa with B.A.s in Journalism and Mass Communication and French. She studied abroad for a semester on the USAC Pau Program. Below, Laura shares her experience as an assistant in the Teach Assistance Program in France where she spent a year working with six- and seven-year-olds who gave her a new perspective on education and life itself. 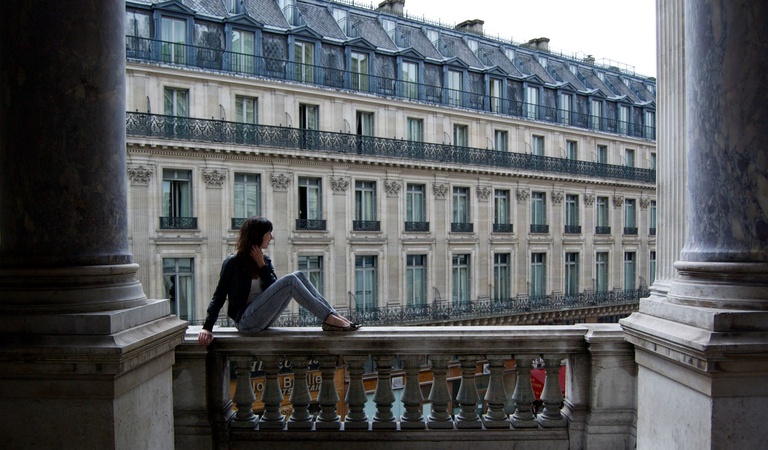 I had the plane ticket. The suitcase filled with Dr. Seuss and Shel Silverstein storybooks. I was ready to teach English in France.

All I needed was the work contract.

“You’re leaving the country next week… but you don’t know where?” my mother asked, weary-eyed.

That humid Iowa summer was spent slouched by the tin mailbox at noon, longingly waiting for a thin envelope from the French Consulate announcing where I would be placed for my year abroad with the Teach Assistance Program in France (TAPIF).

Five days before boarding the plane, I received an email with three elementary schools listed, along with four small-printed letters scripted underneath:

A population of nearly 52,000 people and a 20-minute train ride from the Atlantic Coast, a city where young people party at the local nightclub named “The Texas” and locals boast about the newly innovated robotic alligator in the downtown square, La Roche-sur-Yon sounded more than ideal.

I didn’t care where I would live. I would get to work in French classrooms with my students.

Unlike a study abroad program, TAPIF requires most participants to have some knowledge of the French language already under their belt (language level B1 of The Common European Framework) and preferably, a sense of autonomy when living abroad. For example, by working in primary schools, I was required to find housing on my own, whereas assistants in high schools often (but not always) had rooms provided.

“It’s true that it can sometimes be tough to find housing as an assistant depending on the city,” said former English Teaching Assistant Catherine Rose Mountain, “But you do get a choice in where you live, who you live with, and to live with French-speaking roommates or not, whereas often when you study abroad your program decides all of that for you.”

While future assistants choose their top three school districts, the pool of schools in France is vast. Besides finding housing, the program differs in that applicants are placed in towns accordinging to the needs of the school.

“Many assistants get placed in small towns (or even villages) that no one has ever heard of before,” said American expat Shannon Richard. “It creates a situation where you will probably have to put yourself out there as the assistants might very well be the only foreigners in town. This is a great opportunity to improve French language skills at the same time as getting to know the “real” France.” 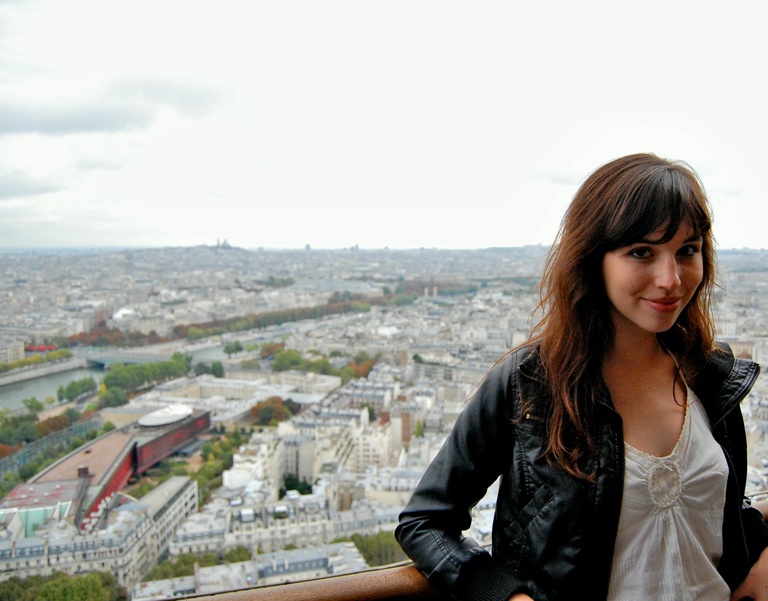 The first day I wasn’t quite sure what to prepare. I felt intimidated, not by staff, but by them—the 30 pairs of eyes that would be staring up at me. Would I be accepted by French six- and seven-year-olds? Would they throw tomatoes at me or giggle at my silly accent?

Walking into the room covered in bright blue, yellow and red finger-painted crafts felt like being Beyonce. As soon as the teacher announced that I would be spending the school year singing songs and playing games with them in English, the room began to buzz with the sounds of six-year-old gossip.

“Okay Laura, you can go ahead and teach,” the teacher said, quickly stepping out of the room for a break.

Seven seconds. The amount of time filmmakers use silence in order to make viewers feel uncomfortable. Seven seconds is enough time to feel anxious, terrified and to spontaneously create an emergency plan of attack.

Pulling a Mary Poppins, I reached into my over-sized bag to find something, anything, to give me an idea of how to fill the next 45 minutes. Five shades of lipstick and two pounds of unnecessary books later, I found a U.S map along with photos of mom, Harold (our five-pound dog), Chicago, blueberry waffles and the Macy’s Thanksgiving Parade.

Most students didn’t know what the U.S was, nor what English was. Speaking in French (six-year-olds are the most honest French teachers I have ever had), I explained that while their moms and dads taught them French, that in other parts of the world little boys and girls spoke diverse languages. They “oohed” and “awed” at the photos, and then began asking more serious questions:

“Do you know any stars?”

“Are you a princess?”

“Why do you talk funny?”

Throughout the year, I grew to love working with kids. Their creativity inspired me. Together we had a fashion show to learn English vocabulary. The six-year-old gossip spread like wild fire and soon other students at other schools were talking about it. I dedicated a week to pancakes, making 40 pancakes for them to try, and spent time at recess chatting about deep subjects like Santa and SpongeBob.

In seven months they had become my friends.

“They are always energetic, too energetic,” my co-worker once told me. In the middle of filing for divorce, she was going through a rough time at home. Her classroom showed it.

Those who slouched in their chair soon lost seating privileges. Her screams could be heard outside the building for those suspected of eye rolling. Humiliation, the most frequent teaching technique, meant that those who got wrong answers could be laughed at by their peers, including the teacher.

No one made the same mistake twice.

Assisting teachers and finding my place in the classroom became increasingly difficult.

With no teaching experience and very little knowledge of working with children, I had no authority to tell the teacher what to say or what to hold back. But I also knew that I couldn’t stand watching children cry, nor getting told that they were incapable of doing something.

I began losing sleep. I was thinking too much about them.

Were their parents nice? Were their teachers nice when I wasn’t there? Did they know how great they were? Would they grow up to believe that they could be whatever they wanted?

When the year ended, I lost a bit of myself.

Years later, I still think of them. Those googly eyes, chubby cheeks, runny noses, broken glasses held together by glue, Hello Kitty backpacks and perfectly packed French lunches will forever be ingrained in my mind.  Too little to keep in touch through email or social media, I’m left curious as to who they will grow up to be. I hope that despite being told, “No,” moving onto a stricter academic system and one day working in a more structured professional environment that they always think the impossible, and that being a ninja or princess, is always an option.

Reflecting back to my year with TAPIF, I learned that teachers have the most challenging job of them yet: defining the fine line between friend and respected foe. Throughout the year I developed my own critique about education. Across the globe, why is it that we lose our imagination? When does creativity become criticized by social norms? How could this group of kids have been looked down upon, when they taught me more than most adults ever had?

Teaching abroad greatly improved my confidence in speaking a foreign language, but more importantly, the children helped me to see the world in a more creative light, one that I was too self-critical to capture.