2022 recipients of the UI’s International Impact Award and Global Student Award will be honored on the November 7 WorldCanvass program as a kick-off to the UI’s celebration of International Education Week (Nov. 14-18). UI President Barbara J. Wilson and Associate Provost and Dean of International Programs Russell Ganim will present the awards at the beginning of WorldCanvass, followed by interviews conducted by WorldCanvass host Joan Kjaer.

The program will be recorded and posted to YouTube, Apple Podcast, and the Public Radio Exchange.

The International Impact Award recognizes distinguished alumni and other individuals with significant ties to the UI who have made important contributions internationally or, in the case of international alumni, abroad in their home countries. 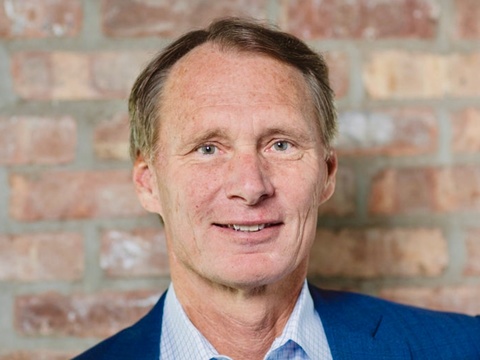 Andy Code, a successful businessman, mentor to aspiring entrepreneurs, and long-time supporter of the University of Iowa, is the recipient of the 2022 International Impact Award for his global efforts as a social justice and human empowerment advocate.

Testimonies of his empowerment projects exist in Guatemala, Honduras, India, Haiti, Uganda, and Chicago, and they confirm that his commitment goes far beyond the significant financial support he’s provided and reflect his core belief that those who are blessed with much are called to positive action in the world. That commitment spurred Andy and his wife Susie Code, a graduate of the UI College of Nursing, to establish the Code Family Foundation in 1997. The foundation has helped young boys and girls get quality educations in their home countries and has sponsored many students who wish to study in the United States. Code and his philanthropic partners have built schools, dormitories, and kitchens in under-resourced areas where educational opportunities had previously been nearly non-existent.

Code’s personal involvement as a mentor to young Haitians who are enrolled in courses on entrepreneurship in the Tippie College’s Institute for International Business inspires students and advances the University of Iowa’s educational mission. But Code’s social justice commitments in Haiti and elsewhere go beyond education and entrepreneurship. He supports numerous organizations that are involved in health justice in marginalized communities around the world.  The Code family’s ongoing support has allowed local healthcare entities to strengthen capacity and deepen partner relationships so that they are better equipped to confront challenges when they arise.  Major contributions to the UI College of Medicine and College of Nursing support impactful healthcare programs in Niger and Eswatini, and Code’s funding supports pediatric care and healthier futures for children in several remote Ugandan communities.

Code holds a BA in finance and an MBA from the University of Iowa and is a founder, partner, and chairman of Promus, a private equity investment firm. He has served as a board member and advisor to numerous public and private companies, serves on the national board of directors for Young Life, and is incoming board chair for the University of Iowa Center for Advancement. Code’s abiding and passionate commitment to putting his wealth and good fortune to work for the benefit of others led him to found the organization Chicago Fellowship, where he serves as chair.

WorldCanvass programs are recorded as audio podcasts and are available on Apple Podcast, the Public Radio Exchange (PRX), and the WorldCanvass website. Videos are available on YouTube. WorldCanvass is produced by University of Iowa International Programs in partnership with the UI Stanley Museum of Art. Professional audio recording services are provided by Kyle Marxen.