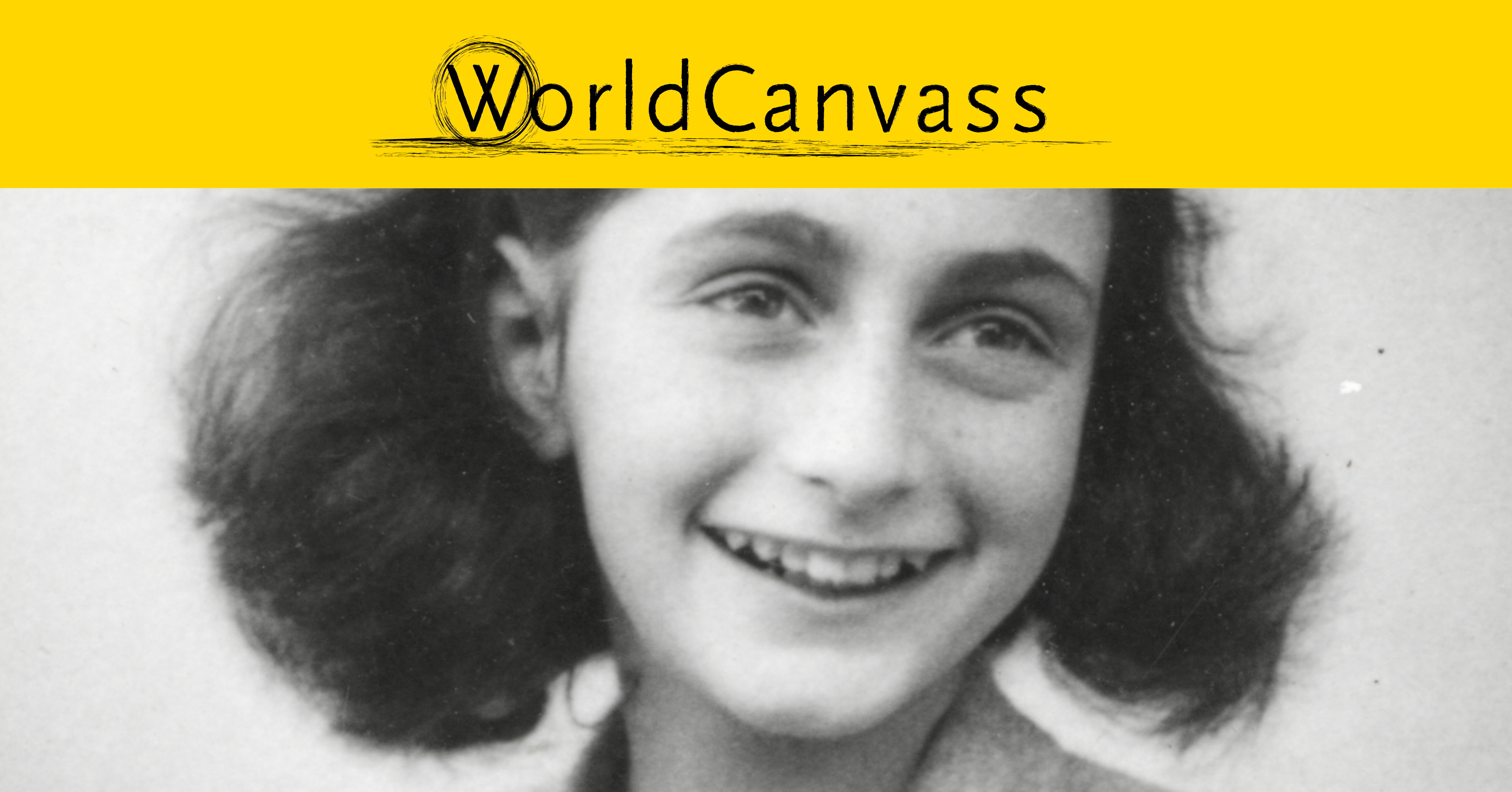 Seventy-five years after the publication of The Diary of Anne Frank, historians, educators, human rights activists, and readers of all ages and nationalities continue to find beauty, humor, tragedy, and hope in the words of a young girl whose life ended in a Nazi death camp at the end of WWII.  On February 28, WorldCanvass kicked off the 2022 University of Iowa Provost’s Global Forum titled “Teaching Anne Frank” with an expert panel discussing Anne’s life before and during captivity, the experience of the Jewish community living in The Netherlands under Nazi occupation, the impact her private diary has had on subsequent generations, and her place in both public history and the struggle for human rights.  WorldCanvass is free and open to the public. This was a live event at MERGE, 136 South Dubuque Street, from 5:30-7 p.m. on February 28. A live stream was also available for those who preferred to attend virtually.

The Provost’s Global Forum, sponsored by International Programs with major funding from the Stanley-UI Foundation Support Organization, is the premier annual event on campus focused on international and global issues. In addition to WorldCanvass, the 2022 Forum “Teaching Anne Frank” (February 28-March 2) features a series of public events including panel discussions, a film screening, an exhibit called “Let Me Be Myself: The Life Story of Anne Frank” at the UI Pentacrest Museums, and the Joel Barkan Memorial Lecture given by the director of the Anne Frank House in Amsterdam.

Listen to this program on PRX

Press-Citizen - University of Iowa takes a look at the legacy of Anne Frank, by Paris Barraza