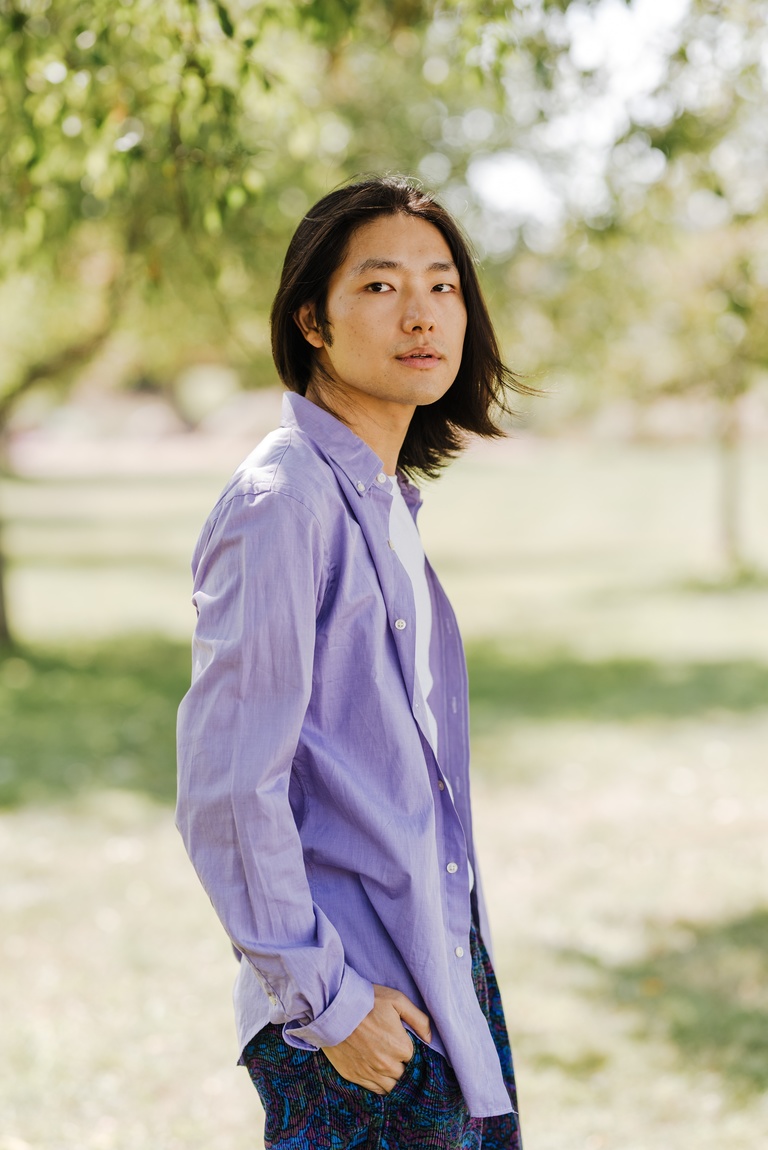 Hao Zhou, a third-year MFA student in film and video production, recently added a Student Academy Award to the list of film awards and nominations he has received over the years. As the University of Iowa’s first recipient of this honor, he won the Gold Medal award in the category of Alternative/Experimental for his film Frozen Out. According to Zhou, this film reflects on the vulnerable nature of relationships, notions of home, feelings of exclusion/ being “frozen out,” and the determination to keep moving forward. “The film brings together scenes filmed in Iowa and my hometown in China. Winning the Student Academy Award was totally unexpected! I think this award is meaningful because it is a form of global recognition, and it brings opportunities for industry mentorship and networking,” Zhou reflects.  He submitted Frozen Out for a 2022 Oscar nomination for Best Live Action Short Film and will learn soon whether it is selected.

In addition to being recognized through films, Zhou’s ongoing creative research project related to LGBTQ+ media in Taiwan helped him win a Stanley Graduate Award for International Research in 2021. “The Stanley Award is an amazing program for supporting internationally focused research not available on campus! My advisor Anahita Ghazvinizadeh has always supported my efforts to expand my interests and to branch out into new areas,” Zhou shares.

Speaking of his experience as an international student at Iowa, Zhou says he appreciates the university’s learning opportunities beyond his specific program and research. “For example, I enjoyed participating in the Engaging Across Cultures certificate program, and I learned so much at the Obermann Center’s Graduate Institute on Engagement and the Academy as well. The Center for Teaching also has a lot of resources for students who want to pursue a career in education.”

“International students should remember that we belong to the entire university. Iowa is determined to offer opportunities to help us reach our goals, including but not limited to grants, mentorships, workshops, travel, research activities, and internships."

Zhou encourages international students on campus to take advantage of the numerous resources provided by the University of Iowa. “International students should remember that we belong to the entire university. Iowa is determined to offer opportunities to help us reach our goals, including but not limited to grants, mentorships, workshops, travel, research activities, and internships. I also suggest that international students use the UI’s amazing offices for tutoring, writing, teaching development, career services, counseling, and other areas,” Zhou adds.

In the future, Zhou hopes to become a professor making films and other forms of art. He wants to be more involved in nonprofit programs that support creative projects as well.