In the news: UI student, proficient in four languages, to teach English under Fulbright 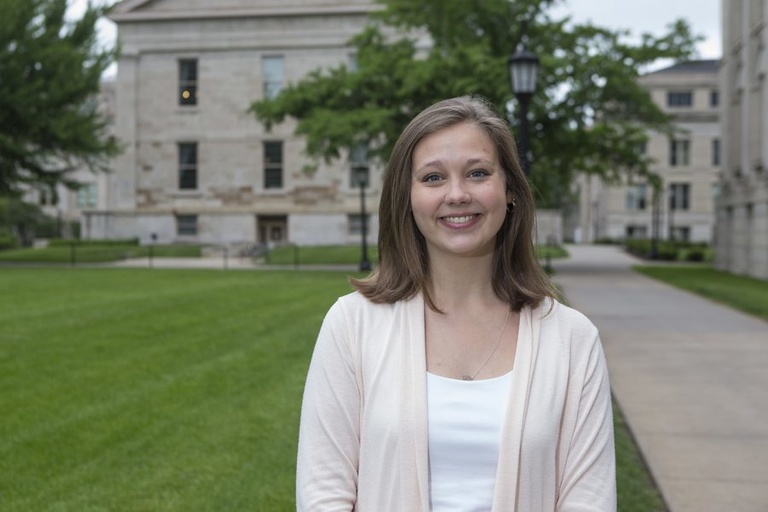 Sylvia Dean speaks four languages, has been across the world, has been immersed in Iowa City’s immigrant community since she was a child, and is the first student of the record-setting UI 2019-20 Fulbright class to be granted the prestigious award.

When the idea was planted in her head at an Egyptian friend’s graduation party, Dean thought a Fulbright was a long shot. But to her peers, it was totally unsurprising.

Dean grew up in Iowa City and received a B.A. in linguistics and teaching English as a second language. Community involvement runs in the family: Her mother is an English/second language teacher, and her father is a speechwriter for UI President Bruce Harreld.

“I was internationally influenced at a young age,” Dean said. “I grew up knowing people from all over — Ethiopia, Iran, Mexico, China, Saudi Arabia, wherever.”

With her Fulbright, Dean will travel to Hualien, Taiwan, to teach English and assist music groups with her trusted saxophone for 11 months. The journey will be her second time in the country; she studied there three years ago as part of the Study Abroad program.