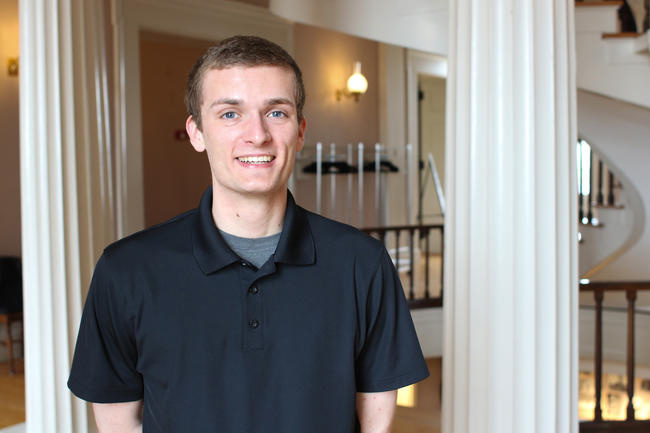 Earlier that week, he had accepted an offer from a Ph.D. program at Purdue as a backup plan in case the call never came — since the odds were so slim that it would. Now, instead of spending his next couple of years at Purdue, he’ll spend them in the Netherlands.

To this point, advancing despite the odds has been the Fulbright-award winner’s modus operandi.

Grandstaff comes from Emmetsburg, Iowa, a farm town with a population of around 3,000 people. Irish immigrants had settled the town during the Irish potato famine in the mid-1800s. Grandstaff grew up on a farm, where he developed an affinity for the nuts and bolts of agriculture. He laments the current crisis in corn planting across the Midwest, where weather conditions have prevented thousands of acres of corn from being planted.