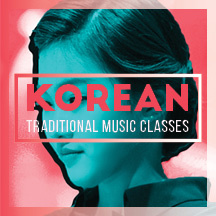 The Japan Foundation, International Programs, the Center for Asian and Pacific Studies, and the Division of World Languages, Literatures, and Cultures are pleased to invite master woodcarver Kitazawa Hideta and noh performer and playwright David Crandall to the University of Iowa campus for a three-day event of workshops, and performances (November 12-14).

9:30  - 10:45 a.m. | 318 Phillips Hall
TRANSLATING THE MUSIC OF NOH
Discussion of translation, with a focus on Tama no Dan and issues of fitting English into an existing noh melody

3:30 - 4:45 p.m. | 70 Van Allen
INTRODUCTION TO NOH
A lecture about the basic components of noh theater, with demonstrations

7 - 8:30 p.m. | 1117 University Capitol Centre
SCREENING OF SUMIDA RIVER AND ENGLISH KYOGEN
Screening samples of English language noh and kyogen performances, with an introduction and followed by a Q&A

5:30 - 7 p.m. | Shambaugh House
COMPOSING ENGLISH NOH
A discussion of noh as a springboard for new works in theater and music

KITAZAWA HIDETA  is a woodcarving artist specializing in masks and Shinto temples. He graduated from Tokyo University of Agriculture and Technology in 1991 with a major in forestry and went on to study woodcarving intensely with his father Ikkyou Kitazawa. In 1993, he began carving masks under the guidance of master artisan Michihiko Ito. He has received numerous honors, including the Outstanding Youth Artesian Award for Tokyo in 1997 and the Yokohama Noh Drama Hall Director’s Prize in 2003. In 2014, he received the title of Master Woodcarver from the mayor of Katsushika City in Tokyo. He has exhibited his works nationally and internationally, and his carvings for Shinto oats and o-mikoshi are used throughout Japan’s Kanto region. His masks are also used by many noh and kyogen professionals as well as by non-Japanese performers.

DAVID CRANDALL graduated with a double major in Japanese and music composition from the University of Michigan and went on to do postgraduate work at the Tokyo University of Fine Arts and Music on a Monbusho grant from the Japanese government. He began studying noh chant and dance in 1979 with noh master Sano Hajime of the Hosho school. In 1986, he was admitted as an apprentice at the Hosho Noh Theater in Tokyo, studying with the previous head of the Hosho school, Hosho Fusateru, and working on a professional level until moving to Seattle in 1991. For two years from 2007 to 2009, he returned to Tokyo for intensive study of the instruments of noh with teachers Mitsuo Kama (otsuzumi and kotsuzumi), Hitoshi Sakurai (taiko) and Richard Emmert (flute). While working as a translator, noh performer, and workshop lecturer, Crandall has also been active as a composer and playwright, with an output that includes noh-inspired dance dramas, instrumental pieces, film scripts and scores, and children’s musicals. He is a founding member of Theatre Nohgaku and has participated in many of its tours.

Individuals with disabilities are encouraged to attend all University of Iowa-sponsored events. If you are a person with a disability who requires a reasonable accommodation in order to participate in this program, please contact Dongwang Liu at  dongwang-liu@uiowa.edu, (319) 335-1305.