In the news: Passion for diving, ocean conservation takes Iowa alum around the world 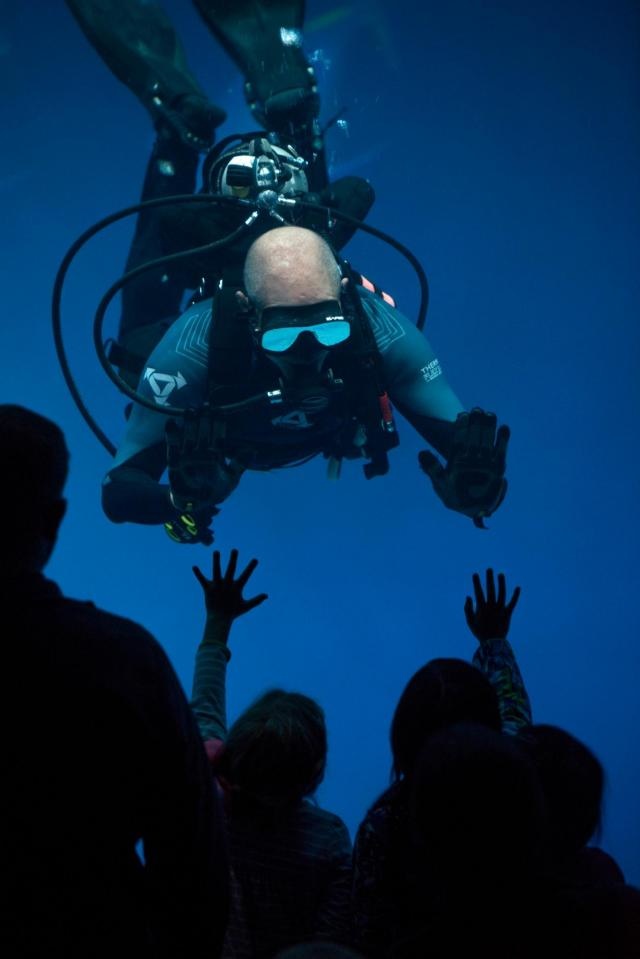 George Peterson dives in a tank at Monterey Bey Aquarium. After graduating from the University of Iowa with a degree in political science, George Peterson’s journey led him to become the first director of dive programs at Monterey. Photo courtesy of Monterey Bay Aquarium.

George Peterson says no two days are the same in his job as director of dive programs at the Monterey Bay Aquarium in Monterey, California. One day he might participate in underwater research, the next speak at the state capitol, and the next teach children to scuba dive.

Peterson probably wasn’t thinking too much about job duties like those while studying political science as a University of Iowa undergraduate in the 1990s. However, he says he knew he likely wouldn’t use his degree in a traditional way. And even then he enjoyed outdoor adventures: he rode his bike from Boulder, Colorado, to Iowa City to attend his last class before getting his degree. The class? Bike touring.

And though Peterson didn’t grow up scuba diving, he did spend many summers on the water in Sioux City, Iowa.

“My family were pleasure boaters,” Peterson says. “That fostered my love of the water.”

He also grew up cheering for the Hawkeyes, although he started his college education at the University of South Dakota.

“I was going to study biology, but I just didn’t really find my way there,” Peterson says. “I always had an interest in the arts and humanities, so I fulfilled my dream and transferred to the University of Iowa.”