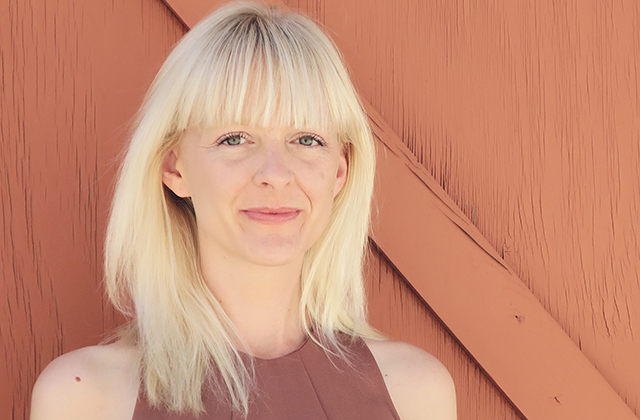 Jennifer Croft, who earned an MFA from Iowa in 2003, has been awarded the Man Booker International Prize along with Polish author Olga Tokarczuk, whose novel “Flights” Croft translated into English. As she was preparing to move to Warsaw on a Fulbright award, Croft found one of Tokarczuk’s short-story collections in the UI Main Library. That discovery led to a working relationship between the two that has lasted 15 years. Photo courtesy of Chris Offutt.

Learning Polish wasn’t part of Jennifer Croft’s plan when she arrived at the University of Iowa in 2001 to begin her MFA in literary translation.

“In some ways, my life has been determined by happy coincidences,” Croft says.

Croft had majored in both English and Russian and completed a minor in creative writing at the University of Tulsa, but an opportunity to take a first-year class in Polish at Iowa eventually led to her winning one of the world’s most prestigious translation awards.

Croft, who received her MFA in 2003, in May was awarded the Man Booker International Prize along with Polish author Olga Tokarczuk, whose novel Flights Croft translated into English. The annual award is given to the best work of translated fiction from around the world, and Croft and Tokarczuk will share the prize of £50,000, about $67,000. Flights will be released in the United States in August.

“I didn’t know anything about Poland or Polish literature,” Croft says. “But because of that class, I got really excited about the language and the culture. My whole career in Polish has been entirely thanks to the University of Iowa.”