In the news: UI alum heads for academic heights 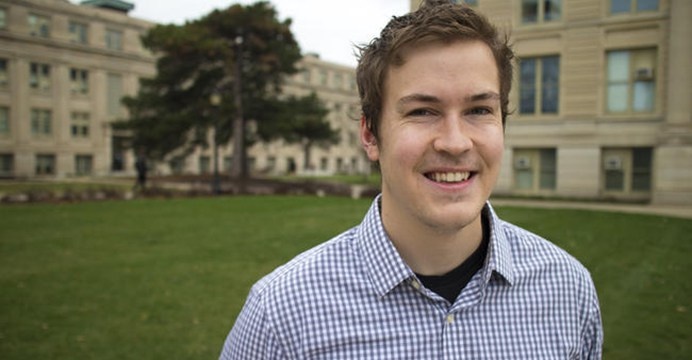 By Madeleine Neal, The Daily Iowan

One of the world’s top-ranked universities, one University of Iowa graduate, and one goal in mind: a master’s degree from Imperial College in Kensington, London.

Nicholas McCarty, a UI alum who graduated in May, will pursue a master’s degree in synthetic biology in London, where he will study metabolism research in order to produce pharmaceutical drugs.

He said his career goals are ever-changing, but he hopes to obtain a Ph.D. in the United States.

“Ultimately, I plan on returning to the U.S., but right now, I’m leaning toward doing a Ph.D. in bioengineering when I come back,” McCarty said. “And of course, the Fulbright program and having this master’s experience, and this new and emerging discipline, I think will obviously help me in a Ph.D. program.”

In addition to studying synthetic biology at Imperial College, which Times Higher Education ranked as the eighth best university in the world, McCarty said he is excited to start building connections abroad.