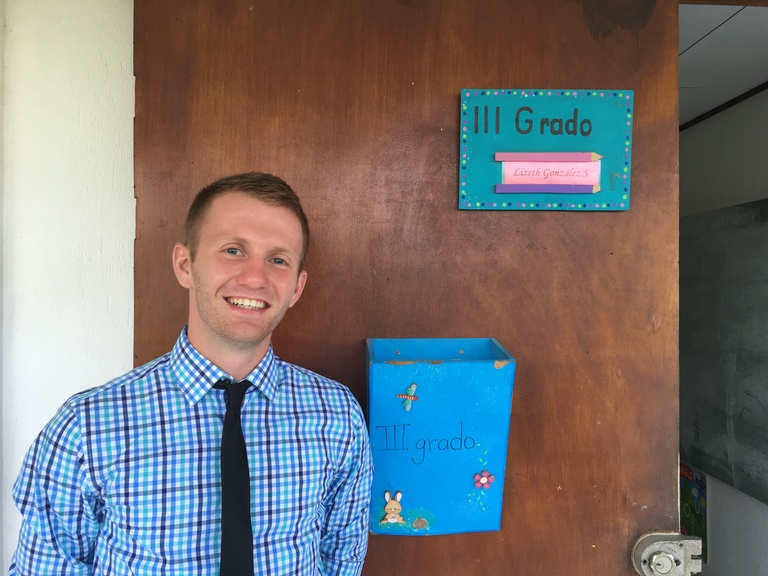 *Update: Although incredibly humbled to have been selected for a Fulbright award, Henry Hartzler has chosen to honor a prior invitation to the Peace Corps to serve as an environmental education primary teacher in Nicaragua.

As an elementary education major with an added endorsement in teaching English as a second language (ESL) and a minor in Spanish, Henry Hartzler envisions his English Teaching Assistantship to the Asturias region of Spain will deepen his ability to work with Spanish-speaking immigrant students in the future. Hartzler, an avid rock climber, also plans to organize an after-school youth climbing club.

Research/Teaching: The focus of my teaching with be English as a Foreign Language (TEFL) in an elementary school in the Asturias region of Spain. I'm also organizing a rock climbing club and cinema club for the local high schools.

What drew you to this field of study? I fell in love with Spain when I studied abroad in Valladolid through the Iowa Hispanic Institute during the summer of 2015. I have always wanted to teach abroad and my eventual goal is to teach in a dual-language classroom; working with English Learners in a Spanish-speaking country will allow me to grow as a language teacher and practice my personal Spanish as well.

How do you envision this will change your life? This is an incredibly prestigious award and I cannot even begin to fathom how many doors it will open for my future. It may lead to me teaching abroad for a longer period of time than I originally anticipated if I find that teaching abroad is something that I want to pursue further.

What advice do you have for future students interested in pursuing a Fulbright award? My advice to those applying in the future would be to start early and be constantly open to revisions. Between my Statement of Grant Purpose and Personal statement, I accumulated more than 30 drafts, and each time they steadily became more specific and refined. Whether you receive the award in the end or not, applying for a Fulbright will better equip you to present your attributes and strengths better than any number of mock interviews ever could.