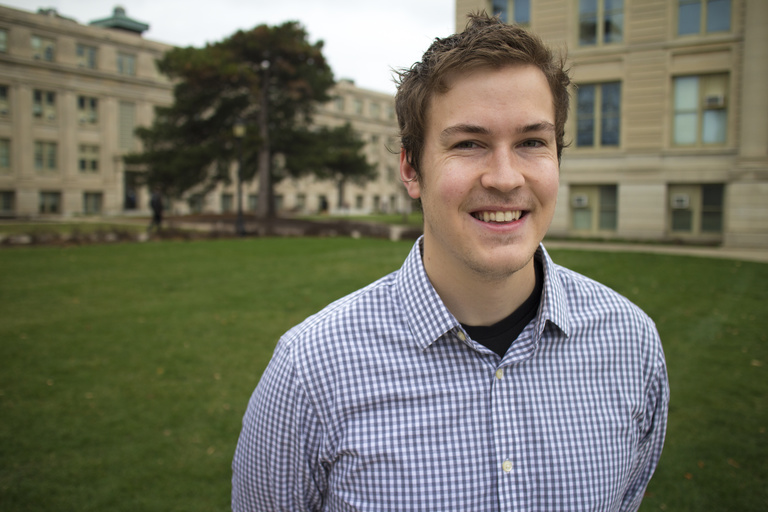 Research/Teaching: While at Imperial College London, I will pursue a one-year Master of Research in Systems and Synthetic Biology. I plan to work with Dr. Tom Ellis, faculty in the Department of Bioengineering in the Centre for Synthetic Biology and Innovation (CSynBI). My project will be focused on engineering E. coli and yeast to produce a variety of therapeutic molecules including antibiotics, antioxidants, antitumour agents, and appetite suppression hormones.

What drew you to this field of study? A little over a year ago, I began looking into the UK as an option for my research studies. I never had the chance to study abroad as an undergraduate - or I just didn't make time for it - so I wanted to spend a year doing something new and exciting. A lot of the labs in London and Cambridge interested me, so I began reading up on some projects and faculty members. When I stumbled on Imperial's work, and Tom Ellis' lab in particular, I knew that I had found something really exciting. I felt that his work was a perfect 'next step' for me to transition from basic science into applied science, drug discovery, and pharmaceutical production. My ultimate goal is to make highly intensive drug production processes (which result in costly drugs for the consumer) much cheaper in an effort to expand access for patients, particularly for cardiovascular diseases.

How do you envision this will change your life? The Fulbright award to the United Kingdom will allow me to conduct research on a global stage and foster collaborations with European scientists. Science, at its core, is an international effort. A discovery made in London is instantly transmitted and passed on to labs in the U.S., which drives innovation and pushes labs to either work collaboratively or compete. As a young, American scientist, I want to spend my year collaborating. A year abroad will help me build scientific relationships at an early stage in my career. The Fulbright is also great because it allows for in-depth cultural experiences while abroad - something that I may not be as focused on as a scientist with a different award. As a Fulbright UK recipient, I am eager to partake in the four-day Fulbright Forum (which happens in a different UK region every year), attend annual European conferences, such as the Seminar on the EU and NATO in Belgium, and go to Berlin for the annual Fulbright Workshop.

What advice do you have for future students interested in pursuing a Fulbright award? Start early and work closely with faculty. The UI has tremendous faculty members who go above and beyond to support their students. Everyone wants to see you succeed, so don't be afraid to reach out. They may be able to help you develop a new relationship with someone in your host country, which could be just the ticket you need to get your foot in the door.