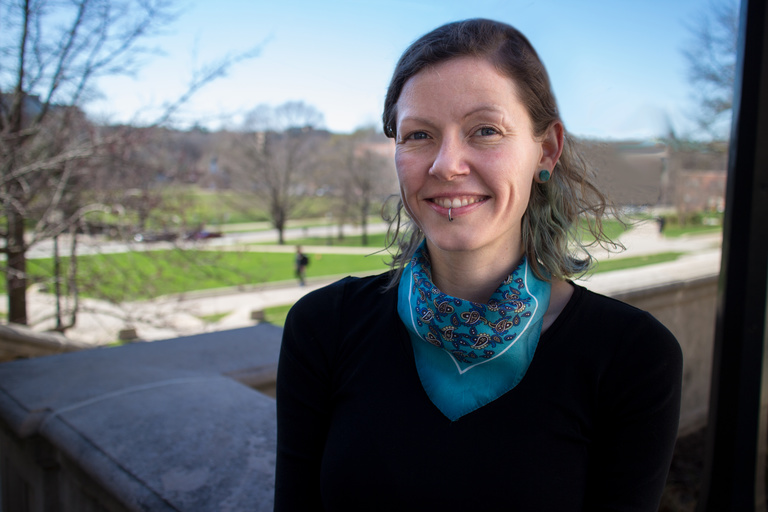 Research/Teaching: With a Fulbright Arts Research grant to Indonesia, I will study daluang beaten bark papermaking, natural plant dyes, and printmaking. Based at the Bandung Institute of Technology in Java, I will travel to urban and remote regions throughout Indonesia to learn from modern daluang bark papermakers, printmakers, dye-makers, and fiber artisans. Bark papers are made by beating the cooked or fermented inner bark of Mulberry trees with a stone or wooden beater. My focus will be to create a series of one-of-a-kind bark paper books in response to my experiences abroad. To engage with the local community, I will teach free papermaking and bookbinding workshops to art students and the public.

What drew you to this field of study? After working for over a decade as a graphic designer, I felt the urge to get out from behind the monitor and get back to making art with my hands. To change course, I began studying book arts and printmaking at the Santa Fe Community College. Around the same time, I was exploring various Maya pyramids in Yucatán, Mexico. I became interested in the books of the ancient Maya – long accordion fold codices made from bark paper and covered in hieroglyphs. Tragically, only four Maya books survived the fires of the Spanish conquistadors. In 2014, at the University of Iowa Center for the Book, I began researching and creating hand-beaten bark papers based on the Mesoamerican tradition. This past summer, I traveled to Puebla, Mexico under a UI Stanley Research Award to learn the technique of amate bark papermaking from the Otomí Indians, who have been producing bark papers since pre-Columbian times. In Indonesia, a similar bark paper—called daluang— exists. In both the Central American and Southeast Asian traditions, the process offers a low-impact, low-tech, and straightforward means of production.

How do you envision this will change your life? Indonesia has the world’s largest Muslim population, so I am looking forward to gaining a more thorough knowledge and appreciation of Islam, especially in contrast to the anti-Muslim rhetoric being broadcast from the White House. I hope to return to the United States as an advocate for mutual understanding between our diverse communities.

What advice do you have for future students interested in pursuing a Fulbright award? Get outside your comfort zone. Don’t be afraid of learning a new language, and if possible, expand your research to less familiar parts of the world.