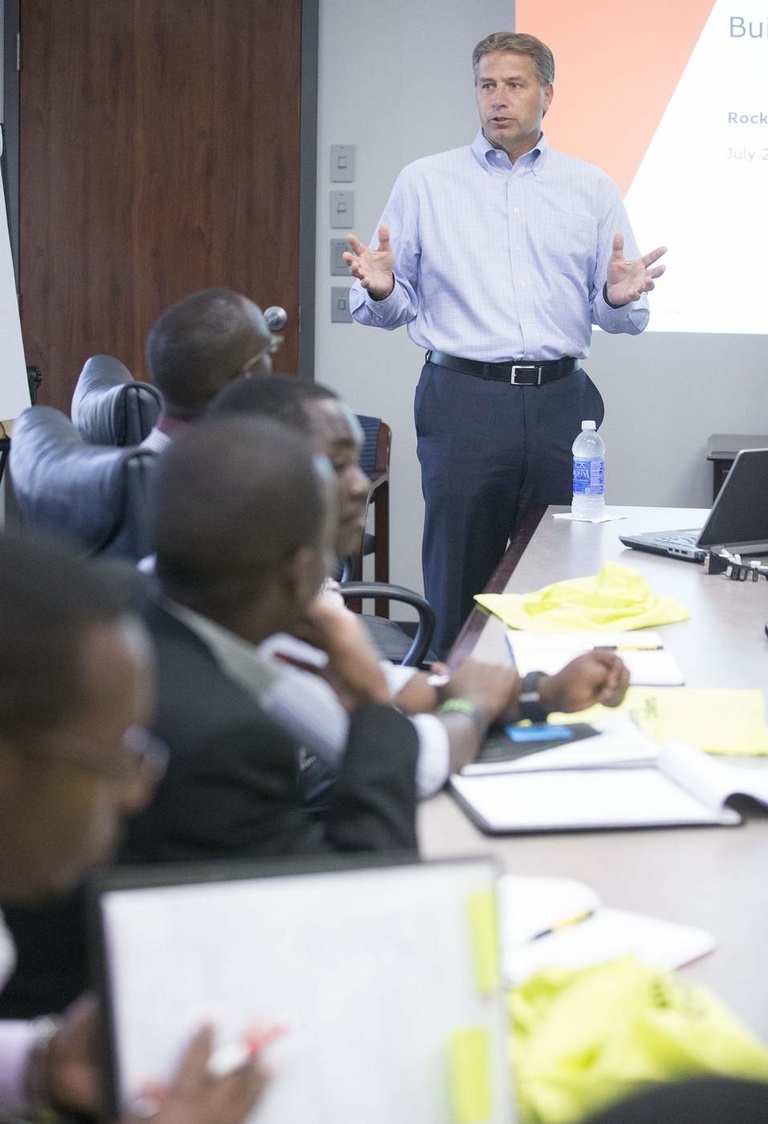 By Emily Barske, The Gazette

The Mandela Washington Fellowship for African Leaders is making a six-week stop in Iowa.

The group of 11 women and 14 men are spending time in Iowa City, Cedar Rapids, Des Moines, the Quad Cities and Muscatine to learn about the management of the U.S. economy and businesses.

“It will help people develop this global mindset,” said fellow Lulayn Awgichew, who is from Ethiopia. “Despite our differences, we can see our similarities.”

During their visit, which started June 17 and runs through July 31, the fellows are attending lectures and interacting with Iowa businesses, including Rockwell Collins in Cedar Rapids.

“They will be Iowa’s ambassadors to Africa, learning our way of doing things and bringing the Iowa values that they learn here back to their homes,” said Dimy Doresca, director of the University of Iowa’s Institute for International Business.

Many of the fellows said one of the first things they noticed about Iowa was the hospitality of the people they’ve worked with. Chipo Chikomo, who is from Zimbabwe, said she noticed a big difference in networking.

“They promised to email or follow up and they do,” Chikomo said.

The fellows also are participating in Venture School, which is part of the John Pappajohn Entrepreneurial Center, where they are competing for a $25,000 grant for the best startup idea.

The fellows noted the practicality of business education in the United States, such as having a live stock market feed running in the lobby of the Tippie College of Business or having lecturers who’ve been in businesses teaching real life lessons rather than just theory, said Aji Rohey, who is from The Gambia.

The learning experience is not just for the fellows.

“We are helping bring Africa to the U.S. as well,” Awgichew said.

That is part of the reason why the Tippie College of Business hosted the fellowship.

“The visits will also have an economic-development impact, as the fellows will build good connections to Iowans who want to do business in Africa,” Doresca said.