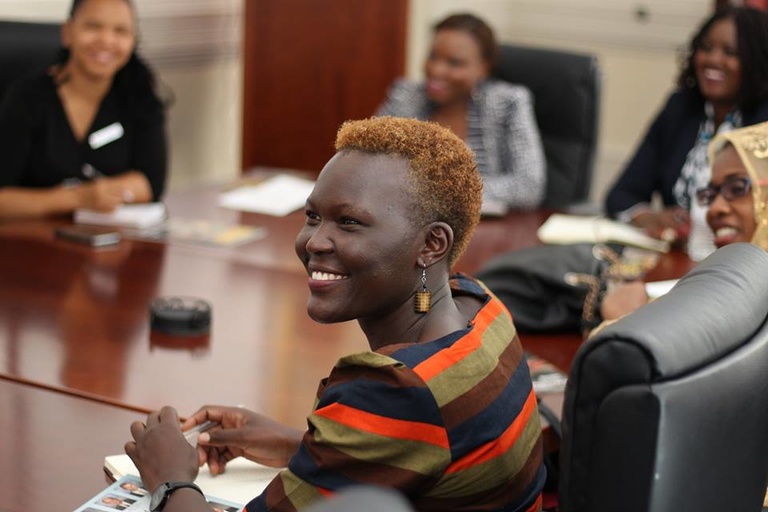 The University of Iowa will host 25 young business and government leaders from several African countries this summer as part of the U.S. State Department’s Mandela Washington Fellowship for African Leaders. They  will arrive on campus Friday, June 17.

The fellows include young leaders between the ages of 25 and 35 working in government, banking, finance, insurance, health care, and other professions. They will spend six weeks in Iowa through July 31, participating in entrepreneurial education programs on the UI campus in Iowa City and also touring the state, visiting Des Moines, Muscatine, the Quad Cities, and Cedar Rapids.

Dimy Doresca, director of the UI Institute for International Business, says the fellows will learn more about the American economy and how American businesses are managed, information they can bring home to help build and strengthen businesses in their home countries.

“They will be Iowa’s ambassadors to Africa, learning our way of doing things and bringing the Iowa values that they learn here back to their homes,” says Doresca. “The visits will also have an economic-development impact, as the fellows will build good connections to Iowans who want to do business in Africa.”

The fellows visiting Iowa are among the 1,000 who were selected from Sub-Saharan countries to participate with numerous colleges and universities across the United States and were chosen from more than 40,000 who applied. Following their period in Iowa, they will then attend a four-day summit in Washington, D.C., and meet with President Barack Obama.

The university will receive a $150,000 grant from the state department to support the program.

The fellows will also participate in Venture School, the John Pappajohn Entrepreneurial Center’s (JPEC) startup-development program. Doresca says the visitors are coming with ideas for startup businesses; the idea deemed most marketable during the program will receive a $25,000 grant provided by USAID, the federal government’s international development body.

Doresca says the fellows will also visit Iowa farms and cultural institutions to learn more about how Iowans live.

The Mandela Washington Fellowship is the flagship program of President Obama’s Young African Leaders Initiative (YALI), which is intended to empower young people from Africa through academic coursework, leadership training, mentoring, networking, professional opportunities, and support for activities in their communities. Fellows are young leaders from Sub-Saharan Africa who have established records of accomplishment promoting innovation and positive change in their organizations, institutions, communities, and countries.