More must be done to ensure a constructive relationship with China 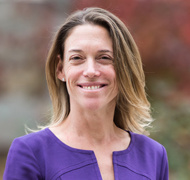 Wanxiang America Corporation’s U.S. headquarters is an unassuming building on a quiet strip in Elgin, Illinois, approximately 35 miles outside of Chicago. Its interior is humble, as are the origins of the company, which was founded in Hangzhou, China in 1969 as a bike repair shop with a $500 investment by Lu Guanqiu, now Wanxiang’s chairman. Today, Wanxiang is China’s largest auto parts manufacturer with $25 billion in global assets.

Lu’s life story epitomizes a classic Horatio Alger rags-to-riches tale, one that Americans instinctively admire: a young entrepreneur who, with little means, is able to find success. It is an admirable and self-affirming narrative.

But the history of Wanxiang America is also a tale of what the future of U.S.-China relations might look like - an aspirational goal that is in the interest not only of our two nations but for the global construct of peace and stability.

The facts are clear: there is no global challenge - from climate change to open sea lanes of communication to international economic stability - that does not and will not require the United States and China to work together. Our two countries may not always agree; our interests will undoubtedly diverge. But we must find a way to collaborate even while we are competing - or even standing at diametrically opposed positions.

It can be done. Take for example the recent decision by both nations to commit to reducing carbon emissions by signing onto the Paris climate change deal. The U.S. and China account for nearly 40 percent of the world’s carbon emissions - so the agreement was far from insignificant.

Many Americans are scared of China. It is a vast nation with a huge population and a very different history and culture. It is, to state the obvious, the definition of “foreign.”

China is the second largest economy in the world (soon to surpass the U.S. in that position), America’s fastest growing trade partner, a nuclear power - and the list goes on. The idea that we will successfully contain China is naïve. Nor, for that matter, is it in our broader interest.

Given the wide range of challenges in the U.S.-China relationship, our goal must be to manage effectively and peacefully the differences we face and celebrate and deepen the interests we share. Wanxiang’s investment in the United States, which alone has created thousands of American jobs, is one great example of interests aligned.

And it is not just Wanxiang. Between 2005 and 2015, Chinese companies invested nearly $100 billion in the United States. In 2015 alone, Chinese companies made $15 billion worth of new investments in America. These investments directly support more than 90,000 American jobs - and that doesn’t count the jobs that are created when workers’ paychecks circulate throughout the economy. In the years ahead, Chinese investments will support hundreds of thousands of American jobs.

Beyond the direct investment of U.S.-China business engagement, what can we do as a nation to ensure that we are building capacity to manage the most consequential relationship that exists in the world today?

Quite simply, the answer lies with our young people, tomorrow’s leaders. In China, English language learning is mandatory among K-12 students. In the United States, just 200,000 K-12 students are studying Mandarin and a smaller subset study in China when they are older. President Barack Obama and President Xi Jinping have come together to commit both sides to increasing the number of young students learning Mandarin in the US to one million by 2020. The goal is ambitious, but the need is urgent.

Cross-cultural understanding between our two nations is critical if we are to work together to solve our greatest shared challenges. The more we know about China, the more we will appreciate its perspective, its politics and its people.

We must expose more American youth to Chinese language and study abroad opportunities. Our two nations and our world depend on it.

The University of Iowa was chosen as a 100,000 Strong Foundation Signature Partner in 2014. Each year, the University of Iowa nominates student ambassadors who have experience studying abroad in China or with the Chinese language to serve as leaders on campus. These students spearhead the 100,000 Strong Foundation's grassroots movement by hosting information sessions on study abroad programs in China, visiting K-12 classrooms to speak about Chinese culture, writing articles and stories to share their China experience with others.