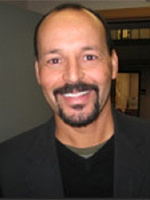 The intent of those who planned and carried out the recent terrorist attack in Tunisia and the reactions to it, both underscore the idiosyncratic connections between economic development and terrorism. Importantly, the attack ought to remind us of the global nature and imperatives, not only of ISIL’s brand of terrorism, but also of economic development.

Both problems, terrorism and lack of economic development in the Global South, must be confronted cooperatively, because European countries were indeed involved, directly and indirectly, in creating the kind of conditions that weaken their southern neighbors’ economies, which in turn have created the kind of environment most suitable for terrorism.

When 30 British citizens vacationing in the city of Sousse, Tunisia, were killed along with three Irish, two Germans, one Belgian, one Portuguese, and one Russian, the Foreign Office ordered all but essential travelers to leave that country immediately. Habib Essid, Tunisia’s Prime Minister, said that his government would help to evacuate approximately 3,000 Britons, but told Tunisia’s parliament that he was “dismayed by the advice from the Foreign Office.”

The Tunisian government said the UK “was damaging the country’s economy,” which is heavily reliant on tourism, and may end up inadvertently fueling poverty and therefore terrorism. Oliver Miles, a former UK ambassador to Libya and Greece “found the [UK]’s response puzzling.”

Other commentators and international affairs analysts contended that Britain was “wrong to bring tourists home” because it would weaken the only true emerging democracy in that part of the world.

Having just returned from Tunisia, I have had a chance to observe up-close life, the hopeful and fearful aspects of it, in that beautiful country. I have witnessed how ordinary citizens, bureaucrats and government officials, and business leaders are coping with the new reality of citizens’ mandated governance.

The world community ought to support Tunisia because it is the only country in the region thus far that has managed to transition to representative rule without military coups, civil wars, and violent takeovers. Support for Tunisia means support for peaceful transfer of power, and serves the global community’s stake in political and economic stability.

More specifically, NATO countries have the legal obligation to stand by Tunisia because NATO, and its Gulf allies like Qatar, undermined Tunisian security when they launched the ill-planned bombing campaign against Libya.

The two persons who carried out the Bardo and Sousse attacks were trained in Libya. Libyan weapons that were not secured after the fall of the Libyan government are now being used to destabilize Tunisia and other neighboring countries. In other words, NATO broke it, so NATO bought it.

Furthermore, NATO and European countries have a long history of supporting authoritarian regimes in North Africa, including the Tunisian and Libyan dictators. France sent its diplomats to show support for Ben Ali even as he was killing protesters in December 2010.

European countries must also atone for decades of exploitation and unfair economic practices.

Italy, for instance, used to buy Tunisian olive oil in bulk, process it in Italy, and ship it to the global markets as an Italian product. Agricultural, mineral, and other natural Tunisian resources were shipped to Europe for processing adding thousands of job opportunities to Europeans, denying them to Tunisian workers.

Having considered these facts, let’s consider what Tunisians really want from their northern neighbors.

What they want is for the European leaders to encourage their powerful businesses and rich citizens who made some of their wealth through exploitation of African communities to invest in Tunisia and the Tunisian economy.

For example, in a conversation I had with Zakaria Hamad, Tunisia’s current Minister of Industry, Energy and Mining, it became clear that Tunisian leaders want the added value from their country’s products, of which it has been deprived in the past.

For instance, instead of shipping raw materials to Europe for processing and sale, the new Tunisian leaders would prefer that Westerners invest in Tunisia by building factories and processing plants, creating thousands of jobs for Tunisians at home and producing quality goods for the global markets at fair prices.

If Europeans genuinely invested in the Tunisian economy, they would limit the flow of migrant workers, help stabilize their neighboring communities, undo years of past exploitative and unfair practices, and receive a healthy return on their investment.

In the long run, this change in attitude and practices are the best way forward for Western countries and their southern neighbors. Military interventions, bombing campaigns, and reliance on dictatorial regimes are shortsighted, costly, callous, and destructive.

Such acts are moral and legal burden on Western societies and powerful propaganda tools for genocidal terrorists.

Professor Souaiaia teaches at the University of Iowa. His most recent book, Anatomy of Dissent in Islamic Societies, provides a historical and theoretical treatment of rebellious movements and ideas since the rise of Islam. Opinions are the author’s, speaking on matters of public interest; not speaking for the university or any other organization with which he is affiliated.