Beatrice Smigasiewicz has received a 2015-16 Fulbright U.S. Student Award to Poland to write a book of essays titled Recovered Futures, which will investigate the representation of post-Soviet Polish identity in Krakow.

Smigasiewicz graduated with an M.F.A. in literary translation from the University of Iowa in May 2014 and will earn a second M.F.A. in nonfiction writing from the UI this May.

As a Polish-American, Smigasiewicz seeks to understand modern-day Poland through interviews, museum research, and study of Polish literature and architecture. She also plans to take courses in the departments of Polish Literature and Art History at her host affiliation, the Jagellonian University, where she studied abroad as an undergraduate. 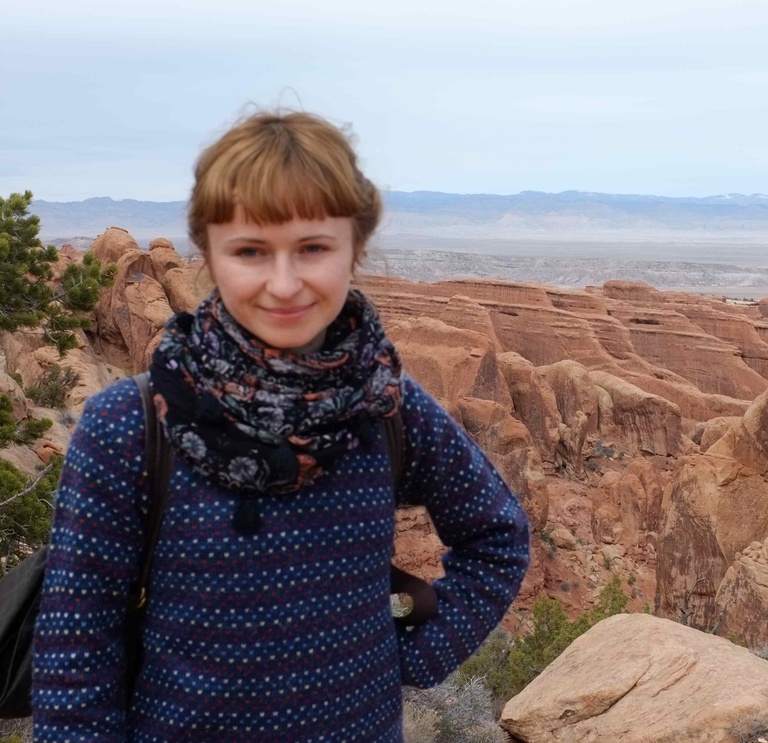 Recovered Futures will detail Smigasiewicz’s research on the landscapes Poles need to conserve and reconstruct after decades of Soviet oppression, how these Post-Soviet reconstructions are entangled in a vision of pre-War Poland, as well as the relationship of the Polish people to these landscapes in their current form and how once-Soviet spaces become Polish spaces.

In order to understand these divergent points of view, Smigasiewicz studied art, architecture and writing at the School of the Art Institute of Chicago, and later pursued graduate degrees at the University of Iowa to investigate the relationship that binds literature, history and her own sense of place as a Polish-American writer.

“Reading Polish nonfiction writers, I found that the conversation I had been missing was in fact going on in the contemporary literature of Poland, in a way that continues to be thrilling to me,” Smigasiewicz said.

“Polish and American literatures have had, in the postwar period, a deep fascination with one another: but both countries receive only a trickle of translated works, often very out-of-date. I believe the countries and literatures have a great deal to say to one another, and I am excited to facilitate that discussion.”

Through interviewing art historians, journalists and residents of each region as well as gathering materials such as blue prints, photographs, guide books and newsletters, Smigasiewicz will integrate artistic and historical perspectives with her personal experience of a city that has been deeply influential in defining the cultural image of Poland throughout its history. She also plans to engage with the community by leading a bi-weekly workshop in Krakow where young writers will put themselves in conversation with international essay writers by translating their work.

The workshop will be sponsored in part by Ha!Art publishers, and will present student translations during the Ha!wangarda literary festival reading in October 2016. Translated projects will also be considered for publishing in a future issue of Ha!Art magazine.

Beatrice is one of 13 Fulbright U.S. Student Program grant winners from the University of Iowa for 2015-16. See the full list of winners.