Audrey is a 2013 graduate of the University of Iowa with a B.A. in political science and French. She is currently working as a Program Associate for Partnership for a Secure America in Washington D.C. 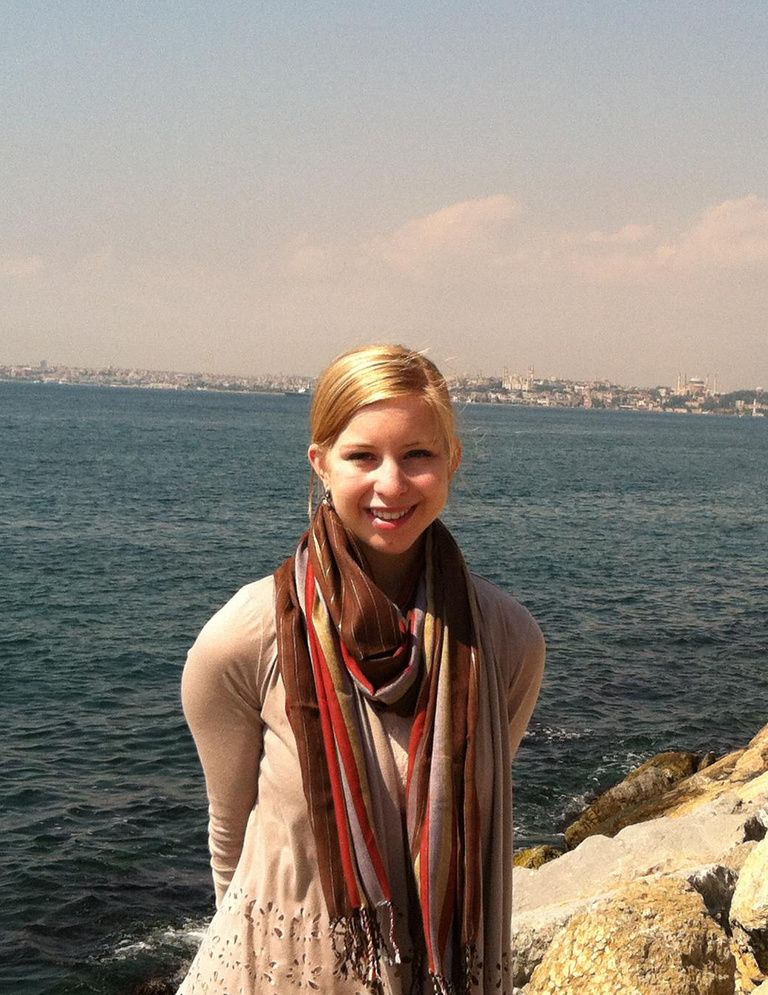 While in Turkey, Audrey will investigate how the country has transitioned from a developing nation into a G20 economy able to provide development aid and cooperation to other states. She will conduct a textual analysis of government policies and conduct interviews with government officials, academics and experts in Ankara, Turkey.

Audrey, who studied abroad in both Morocco and Turkey while at the UI, says that before September 11, 2001, her world was small. She never dreamed of travelling internationally.

“On 9/11, I was ten: old enough to understand the magnitude of the event but young enough to be confused by the names and sounds of foreign countries and organizations,” Audrey said.

“The attacks left me with nightmares of planes falling and nuclear bombs exploding, but eventually my fear of war gave way to something new: a voracious curiosity about the world beyond my country’s borders.”

The event instilled in Audrey a deep awareness of 21st century security threats – ultimately, it inspired her seek out opportunities to study and work on issues related to international security, particularly nuclear nonproliferation and counterterrorism, during her time at the UI. She began to study French and Arabic, taking an interest in the Middle East and North Africa.

When she began learning about Ottoman history and Istanbul, she immediately fell in love with Turkey. On a whim, Audrey decided to enroll in an elementary Turkish course during her freshman year at Iowa – three years later, she found herself studying Turkish language and politics in Istanbul and conducting research for her undergraduate thesis on Turkish counterterrorism policy.

With the help of her Fulbright award, Audrey hopes to support the programming of the Center for African Studies at the University of Ankara by developing and conducting a series of meetings and workshops that will bring Turkish and African students together to discuss security and development issues facing their countries.

Using her experiences as a Writing Fellow at the University of Iowa, Audrey will provide writing workshops to high school and university students to help them improve their academic writing and become more competitive for academic study in the U.S.

Upon completion of her Fulbright, Audrey will enter graduate school with the intention of focusing her studies on Turkish affairs and of maintaining networks in Turkey and conducting further research in the country. Later, she hopes to build a career in the nonprofit or academic sector and help government officials build innovative policies to address 21st century security threats and development challenges.

“I want to help build bridges from my country and culture to those across the world, so that the benefits of globalization can be felt on every continent and across every border.”

Audrey is one of 13 Fulbright U.S. Student Program grant winners from the University of Iowa for 2015-16. See the full list of winners.