In the news: Anne Frank tree to be planted at University of Iowa’s Pentacrest 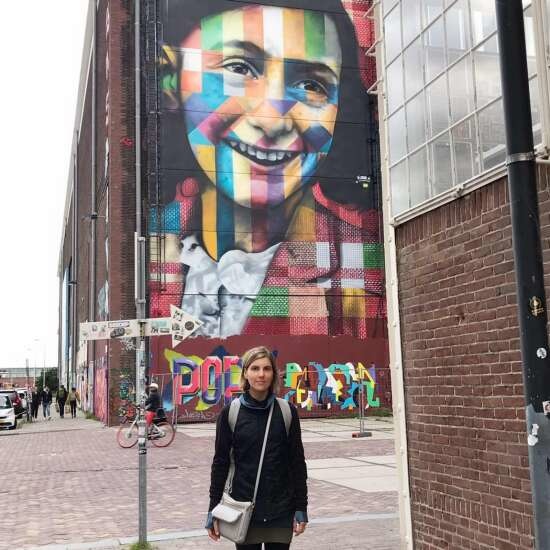 By Sierra Hoeger, The Gazette

In 1944, Anne Frank wrote about a chestnut tree she often glanced at through a window in the Secret Annex in which her family was hiding during the Holocaust. To Frank, the tree represented freedom and optimism that she would be able to enjoy nature once again.

Seventy-eight years later, on April 29, 2022, a sapling of that chestnut tree, distributed by the Anne Frank Center for Mutual Respect USA, will be planted on University of Iowa’s Pentacrest — one of 13 spots within the United States to become home to a sapling of the tree.

While the original tree died in 2010, saplings were collected and preserved at the U.S. Department of Agriculture. Once planted, the saplings can grow to live up to 200 years.

Saplings also have been planted on the West Front Lawn of the U.S. Capitol in Washington, D.C., at Holocaust Memorial Center in Farmington Hills, Mich., and at children’s museums, memorials and high school and college campuses.

UI German lecturer Kirsten Kumpf Baele in 2017 developed and began to teach a course titled “Anne Frank and Her Story,” which introduced her to the sapling distribution. The following year she submitted a request and proposal for the sapling.