The Japan Foundation and the University of Iowa Japanese Program will present a three-day event (April 15-17) with Japanese artist and Iowa Writers' Workshop alumna Fuyuko Tomita.

Fuyuko Tomita, a student in the Iowa Writers' Workshop in 1967-68, will visit campus to discuss her experiences during what was the first year of the International Writing Program. An accomplished haiku poet who has published her poetry in some of Japan's leading newspapers, Ms. Tomita will teach a haiku workshop and moderate a haiku contest for the University of Iowa community.

Fuyuko: A Life in Poetry

Monday, April 15 | 7:00-8:30 pm | 315 Phillips Hall
Fuyuko will discuss her career and read poems that she has written about each stage of her life. This will be followed by a public discussion with Fuyuko about her memories of her time in Iowa in the late 1960s.

Wednesday, April 17 | 7:00-8:30 pm | 318 Phillips Hall
Fuyuko will lead a kukai, a poetry contest in which the winner is decided by the participants themselves. Prepare a haiku at one of the writing workshops to join the competition, or just come to watch! 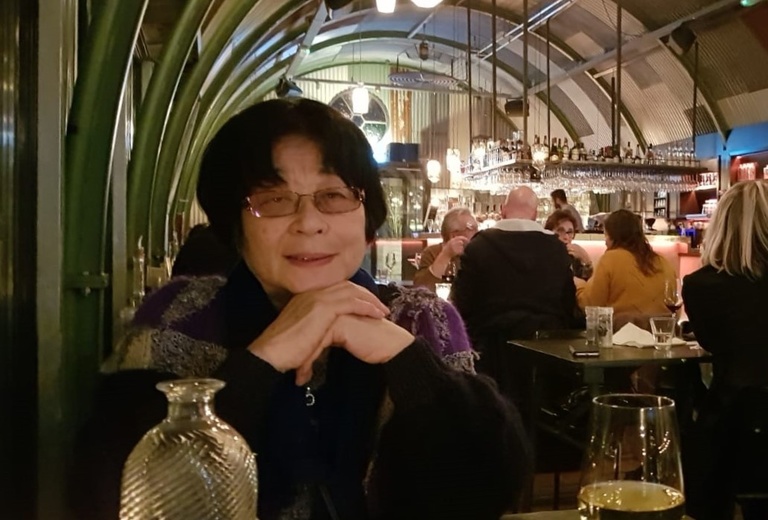 Fuyuko Tomita was at the Iowa Writers’ Workshop for the 1967–68 academic year during the first year of the International Writing Program (IWP). After Iowa, she moved to the Netherlands, where she has resided for almost 50 years. She continues to publish haiku in major Japanese newspapers, and is working on a series of chapbooks combining poetry and visual art. She is returning to the University of Iowa for the first time in 51 years.

Individuals with disabilities are encouraged to attend all University of Iowa-sponsored events. If you are a person with a disability who requires a reasonable accommodation in order to participate in this program, please contact Dongwang Liu at dongwang-liu@uiowa.edu, (319) 335-1305.