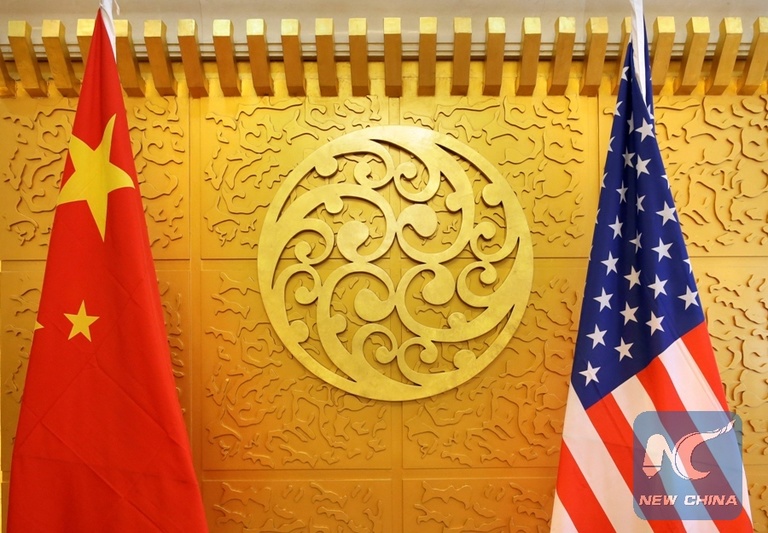 IOWA CITY, United States, Jan. 2 (Xinhua) -- Bruce Harreld, president of the University of Iowa in the United States, always prides himself on the cultural diversity of his profession and family, specifically on the links with China.

"I think it's a really important relationship between the two countries," Harreld said. "So as you see the unusual things happening here politically, calm down, take the long view, and understand that a lot of people in the United States are not only supportive but almost insistent of continuing to build deeper roots between our countries."

Harreld has a son who studied Mandarin and East Asian history at a college in China's southwestern city of Guilin, and a daughter who also studied Mandarin at a major university in Beijing. Both of them met and married their partners in China, bringing two Chinese into the family.

"I have a long history of personal as well as professional relationships with China -- a wonderful country," Harreld said.

Like Harreld, the University of Iowa also has well-established connections with China. It is home to a Confucius Institute and the International Writing Program (IWP), a global exchange plan that has invited more than 1,400 writers from some 150 nations to Iowa City for cultural communication since its initiation in 1967. The IWP has received some 50 Chinese writers, including Nobel Literature laureate Mo Yan.

These programs, in Harreld's view, show a commendable and honorable way to deal with irresistible globalization.