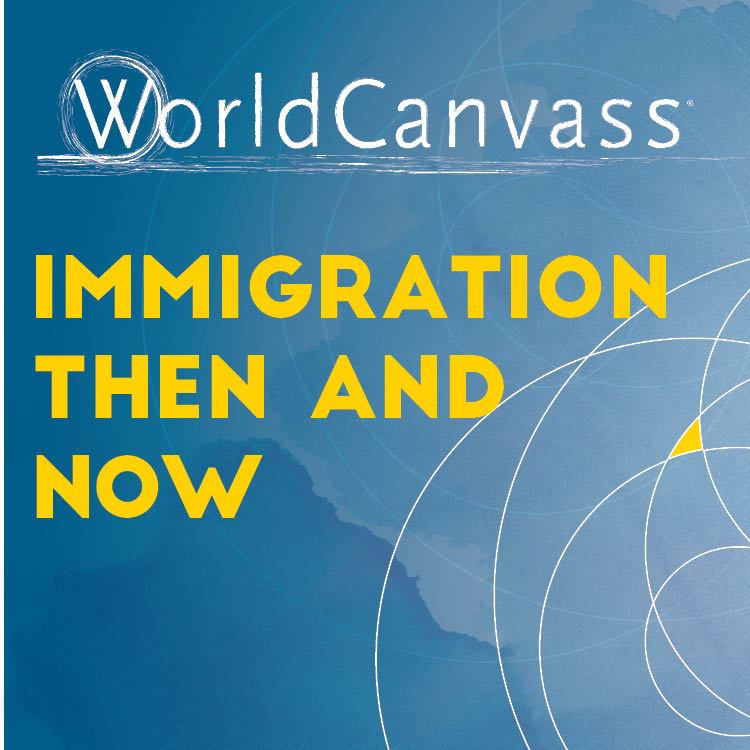 While immigrants have long fueled the American experiment, passionate debate about the pros and cons of immigration are nothing new. The rhetoric of recent national and local elections highlights tensions around changing demographics, inspiring debate about the impact of immigration on employment, on crime, and on community identity, while challenging the citizenry to examine their values and notions of what it means to be an American. On the next WorldCanvass, host Joan Kjaer and a diverse panel of guests will discuss the history of immigration in the Midwest over the past century and a half, as well as current questions about bilingualism, multiculturalism, and belonging and exclusion in times of international and domestic conflict. The public is invited to attend the free WorldCanvass discussion on Wednesday, March 8, from 7:30-9:00 p.m. in the Voxman Recital Hall.

To kick off the discussion, UI faculty members Elizabeth Heineman, Glenn Ehrstine, and H.G. Penny will share the insights they’ve gleaned from their project on "German Iowa & the Global Midwest," a year-long exploration of the largest immigrant group to settle the state.  The U.S. entry into World War I in April 1917 made pariahs of German Iowans, and their treatment during the war sheds light on the prejudices faced by immigrant residents today. The "German Iowa" project has been supported by an Obermann Humanities Symposium grant from the Obermann Center for Advanced Studies; a Major Project award from UI International Programs; and a grant from Humanities Iowa. For more information on the project and a rich digital archive, visit https://germansiniowa.com/ To view the Babel Proclamation, which was issued by Iowa Governor William Harding in May 1918 and forbade the speaking of all foreign languages in public, visit http://germansiniowa.lib.uiowa.edu/items/show/2147 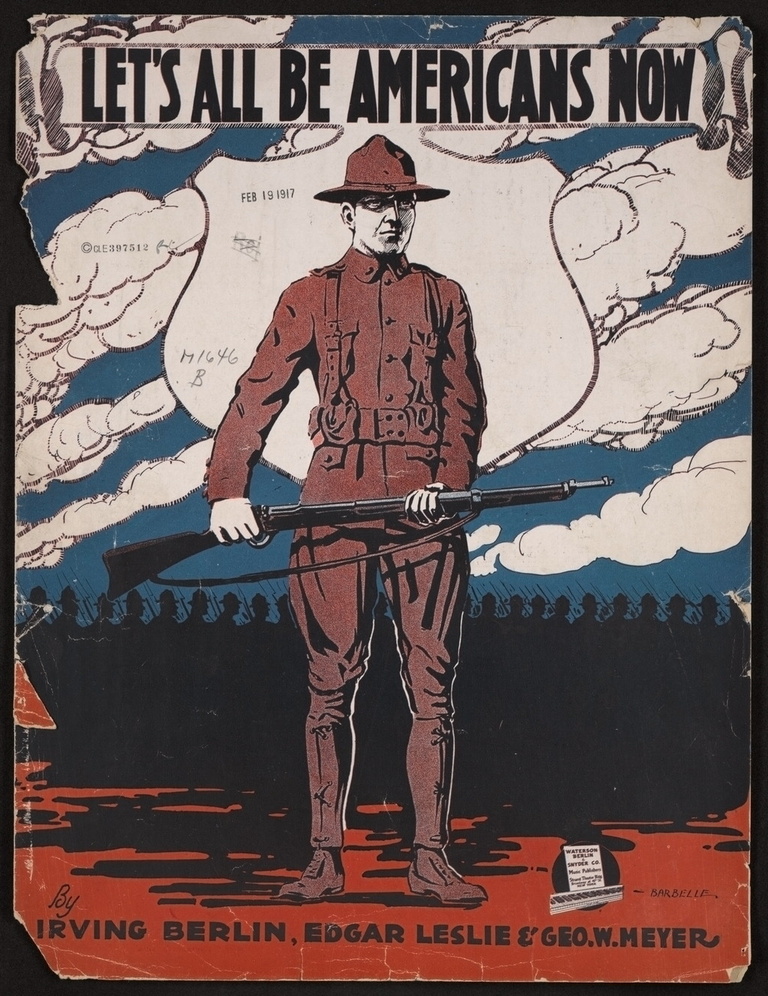 "Let’s All Be Americans Now”: popular song composed by Irving Berlin and others in 1917. Courtesy of the Library of Congress.

Immigration Then and Now: From German Iowa to Today’s Refugees

“Burn German Books”: from the “Black Hawk” student newspaper of Davenport High School, 17 May 1918. Courtesy of the Davenport School Museum.

WorldCanvass is a production of UI International Programs in collaboration with the UI School of Music and the UI Office of Strategic Communication. For more information on WorldCanvass, contact Joan Kjaer (joan-kjaer@uiowa.edu) or visit the WorldCanvass web page.