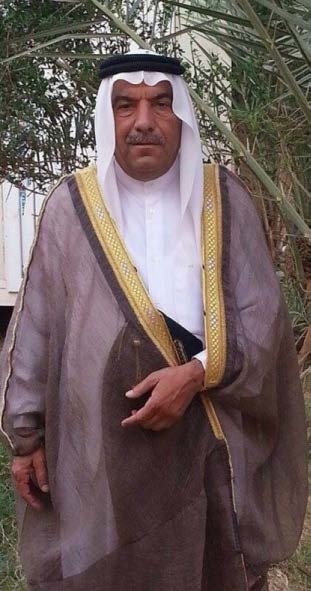 International Student and Scholar Services is pleased to announce the 2015 recipients of the International Parent of the Year award.

Mr. Hameed Nada Hammad and Mrs. Lameeah Bunyan Jabal are the parents of two University of Iowa students, Majid and Mohannad Nada.  Majid is currently pursuing a Master’s degree in chemistry, and Mohannad is a doctoral student in immunology.

Majid and Mohannad come from a large family from Tikrit, Iraq, with 7 sons and 3 daughters.  Higher education has always been important to their parents, neither of whom had an opportunity to study beyond secondary level.  In addition to Majid and Mohannad, one brother is pursuing a Master’s in engineering in Australia, another has a Bachelor of Science degree in business and works in Iraq, while other brothers have degrees in the petroleum industry and mechanical engineering.  The seventh son is a dentistry student, and one daughter is a student in a chemical engineering college in Iraq.

Mr. Hammad has been employed in trade and also runs a small farm in Tikrit, and comes from a large family himself with 7 brothers.  He helped take care of them before getting married and starting his own family.  He spent seven years in the Iraqi military in the late 1970’s and early 1980’s.  Although he was not able to pursue a higher education degree himself, education has always been extremely important and Mr. Hammad spent a lot of time reading and educating himself in different fields while working long hours and ensuring his children had sufficient time for their own studies. He is the chief of the local Al-Janabi tribe and enjoys frequently gathering members together for meals and conversation.

Mrs. Jabal spent her time overseeing the household and raising the ten children.  None of the children were permitted or required to work so that they could focus on their academic studies.  Even when Iraq faced economic difficulties with many students abandoning studies, Mrs. Jabal and her husband ensured their children stayed in school.

We congratulate Mr. and Mrs. Hammad for their high level of support for Majid and Mohannad as well as their other children!

Please also read about our runners-up for 2015, Ms. Ying Pan and her sister, Ms. Hong Pan, mother and aunt to University of Iowa undergrad Jianlan Ren from China.