The Caribbean, Diaspora, and Atlantic Studies Program will continue their spring 2015 lecture series with a performance talk by UI International Writing Program alumna Fabienne Kanor entitled, "Another Sea to Cross: A Performance Talk." 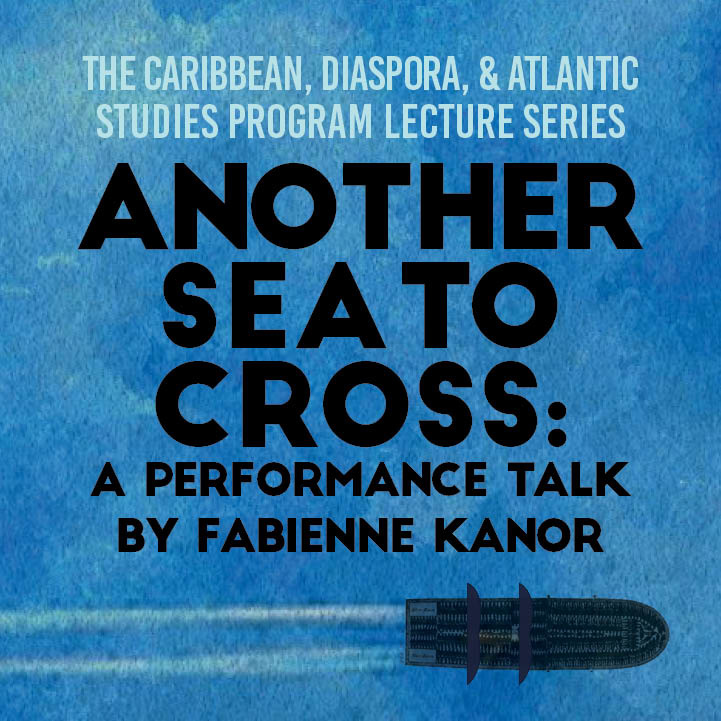 With images shot in 2009, Kanor will weave together an imaginary dialogue between her father and herself. He’s an immigrant who experienced fear and self-denial, but also showed courage, ingenuity, and dignity. He put her in a school in France where she was a foreigner told to “return to her country.”  This is the history that she recounts while she films and interviews her father who reflects on his 1965 arrival in France. It is this story that transports her still, and made her a writer and a filmmaker.

Three forced voyages are evoked during Kanor’s Performance Talk: the BUMIDOM migrations of French Caribbean people to France in the 1960s, modern migrations of Africans who seek asylum in Europe, and the Middle Passage between Africa and the New World during the trans-Atlantic slave trade.

Fabienne Kanor is a novelist, filmmaker, and journalist, born in France of French parents from Martinique. She is the author of five novels, including Faire L’aventure [Live Through the Adventure] which was awarded the prestigious Prix Carbet de la Caraïbe et du Tout Monde in 2014. Sections of her novel Humus (RFO Literary Award, 2006) have been staged in France, Cameroon and Guadeloupe, and it is currently adapted for theatre.

Kanor is also the director of 11 documentaries and short fiction films. As a journalist, she has directed several radio and TV programs for France 3, France 5, Radio France International between 1998 and 2003.

She was a writer in residence in the International Writing Program at the University of Iowa in Fall 2011. Fabienne Kanor’s audaciously crafted literary work and cinematic aesthetics deconstruct orthodoxies, and distinctively problematize migrations, identities, female agency, gender, entangled sexualities, and race.

Sponsors for this event include: The Caribbean, Diaspora, and Atlantic Studies Program within UI International Programs, The “Circulating Cultures” Working Group, and The Obermann Center for Advanced Studies.

Individuals with disabilities are encouraged to attend all University of Iowa-sponsored events. If you are a person with a disability who requires a reasonable accommodation in order to participate in this program, please contact Anny D.Curtius in advance at anny-curtius@uiowa.edu or 319-335-2261.